Kathryn vs James, Iraq vs Pandora 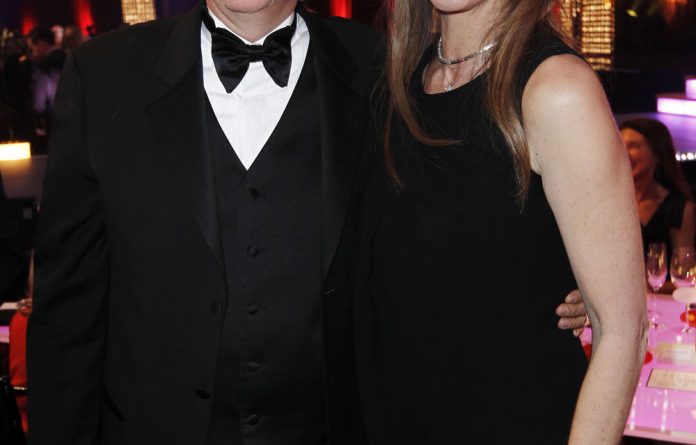 Connoisseurs of power, gossip, reputation and behaviour must surely be relishing the extraordinary face-off at this year’s Oscar ceremony: with nine nominations each, it is Avatar versus The Hurt Locker. The 3D sci-fi fantasy spectacular versus the gritty Iraq war movie. James Cameron versus Kathryn Bigelow, the action directors who used to be married to each other (from 1989 to 1991). In a town where everyone is your frenemy, this is almost too good to be true.

In one corner: awesome box-office might. In the other corner: awesome critical prestige. Which one will Academy voters respect more? In a way both films are pretty macho, despite their enormous differences, and both have conspicuously given their directors that certain, special, indefinable something, that X-factor that people in Hollywood yearn for above all things: clout. Everyone is intensely aware of it, the way the bite strength of a Rottweiler is measured in kilograms. Quite simply, Bigelow and Cameron now have enormous clout, although in terms of sheer brute commercial force, Cameron’s exceeds Bigelow’s.

However absurd it may look in a few years’ time, once the excitement has worn off, and however absurd it may look to some unbelievers now, Avatar has gone above and beyond the usual quaint criteria of thumbs-up or thumbs-down. Like it or not, Avatar is a colossal global phenomenon. It has got to the stage where people feel they need to have seen it, to take their kids and their kids’ friends to see it, to have an opinion about it, to moan about it, to have an anecdote about it. All over the world. It has broken the $2-billion takings barrier and has overtaken the record set by Cameron’s last film, Titanic.

The Hurt Locker can’t match that, but in tandem with Cameron’s international ker-ching, Bigelow’s film about a bomb-disposal team in Iraq has racked up critical prestige in an interesting parallel with Cameron’s takings. It has reached a tipping point of cultural value; a consensus has formed that The Hurt Locker is a tremendously good and important film and, just as Avatar’s non-US box office performance was so important, so the lavish praise from critics all over the world has impressed the industry back in Hollywood.

A close race
But which of these qualities will translate into Oscar votes? The Academy is basically a pretty conservative institution and its members may feel, in their hearts, that they just liked Avatar more than the gruelling The Hurt Locker. They will probably have seen Avatar on the big screen in all its 3D glory and only sampled The Hurt Locker on the “screener” DVD that they will have been sent.

Moreover, Hollywood is excruciatingly aware that the ratings for the television broadcast of the ceremony have been disappointing lately, reportedly because of glittering prizes going to films that the great American public doesn’t care about. When Oscar night rewards classy films such as No Country For Old Men, that is a good thing. But the viewing figures are down.

Giving a truckload of gold statuettes to Avatar would reconnect with the public, it is whispered, boost ratings and make everyone involved feel that much more powerful and glamorous.

On the other hand, The Hurt Locker is a very persuasive movie, an important grown-up piece of work that makes Avatar look babyish by comparison, especially as the film itself is so sympathetic to the American fighting man. In the words of ex-president Bill Clinton, it supports the army without supporting the war, quite a trick to pull off. Oscar night is the arena in which Hollywood’s self-consciousness about prestige matches the unarguable achievement of box-office success.

And the weird thing is that the pictures have a touch more in common than at first appears: they are both about military incursions on foreign territories, the indigenous cultural identities of which are important. Avatar, to my own personal bemusement, is here and there taken perfectly seriously as a kind of caring environmental parable. My own response to this is: puh-leeze. Cameron is enough of a savvy operator to put in some of the appropriate body language, but macho action is at the heart of the film. Conversely, the political hue of Bigelow’s The Hurt Locker is liberal, but it’s still very male, very macho.

Jeremy Renner’s compelling performance in Bigelow’s film as the suicidally brave bomb-disposal technician is a portrait of guy who takes terrifying risks, but somehow survives and prospers. Could it be that Bigelow had a model for this alpha male somewhere deep in her mind?

Similarly, Cameron has a penchant for casting Sigourney Weaver: she was the female action star Ripley in Aliens and now she is the tough, ballsy Dr Grace Augustine in Avatar. Could it be that Weaver’s persona is a projection of someone else in Cameron’s life?

The Oscars battle will make for a fascinating personal contest, almost a movie in itself. The upshot will be about what Oscar night is always about — power. — © Guardian News & Media 2010