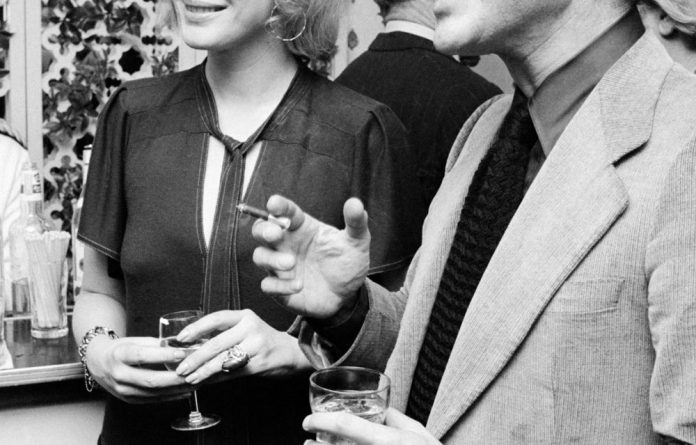 Must you go? my life with Harold Pinter
by Antonia Fraser (Weidenfeld & Nicolson)

Antonia Fraser’s memoir of her life with Harold Pinter is extraordinary by any standards. Based on the diaries she kept during her 33-year relationship with the dramatist, it is simultaneously a love story, an intimate portrait of a great writer and an exercise in self-revelation.

I should disclaim any objectivity. As Pinter’s biographer, I was given rare access to the man himself and I’m happy to say remained on friendly terms with him to the end. Inevitably, my relationship with Pinter was complex. I had to get close enough to him to write the book, while remaining sufficiently detached to review his work. Pinter and I hardly ever fell out; I was offered unwavering support. Fraser talked candidly about Pinter for my book, gave me new information about his family’s origins (east-European Ashkenazic, not Portuguese Sephardic) and has gone on being a good friend.

So reading Fraser’s book puts me in a strange position. I learned much that was new and had other impressions confirmed. But the dominant feeling I got was that the love of Pinter and Fraser, which was passionate and intense, was based on the mutual force of their characters. If Pinter was an irresistible force, Fraser could be an immovable object. One of the delights of the book is reading about their sometimes tempestuous political disagreements.

The book dispels the myth that Pinter was the eternal grump and Fraser the soothing diplomat. It should also put to bed for ever the idea that Pinter spent all his life in a rage. In matters of the heart he was a romantic. He had the first house he and Fraser shared filled with flowers on the day they moved in: “August 17, 1975. He took my hand and led me into the drawing room. Lo! A vast arrangement of foxy lilies and other glories in the window and another on the mantelpiece, a huge arrangement of yellow flowers in the pink boudoir … I shall never forget them. Or Pinter’s expression. A mixture of excitement, triumph and laughter”

He was also capable of self-mockery. There’s a vivid account of Pinter exploding with laughter when he saw Alan Ayckbourn’s Bedroom Farce. He saw in the frustrated rage and impotence of one character, a suburban husband, an echo of himself.

If anything in the book surprised me, it was how accommodating Pinter was towards Fraser’s Catholicism. He told me he abandoned the Jewish faith after his bar mitzvah. Yet in 1990, 10 years into their marriage, she persuaded him to have a ceremony of validation. When it came to the actual service, Pinter joined in and enthusiastically celebrated the idea of a fruitful life. This doesn’t mean Pinter was religious. But it does show, as Fraser claims, that “he had a deep sense of the spiritual”.

Time and again the book draws attention to the complexity, even contradictoriness, of Pinter’s nature. I nearly fell out of my chair when I read Fraser’s comment, made in 1977, that Pinter “resents any effort to link his plays closely to a particular incident in his past”. Pinter, writing Betrayal at the time, was anxious that it not be seen as a literal account of his affair with a British journalist and broadcaster.

Yet although Pinter was never a purely autobiographical writer, his imagination was triggered by a memory of some event. The Caretaker was born out of an image that stuck in Pinter’s mind when he and his first wife, Vivien, were living in a modest flat in west London: one day he paused on the stairs and looked into a room to see the tramp who had taken up residence rifling through a bag, silently watched by his benefactor. And, although The Homecoming is a universal play about family life, it had its origins in the story of one of Pinter’s Hackney friends who for years kept his marriage to a gentile secret from his Jewish family.

Even more surprising is the record of an evening spent with Samuel Beckett and his close friend, Barbara Bray. As Beckett hardly ever went to the theatre, Pinter acted out for him the Simon Gray piece, Close of Play, that he was directing at the time. This prompted a discussion in which Bray said all art was political. To which Pinter replied vehemently: “Nothing I have written, Barbara, nothing, ever, is political.”

This hardly squares with Pinter’s later assertion that early plays such as The Birthday Party and The Hothouse were driven by a strong political motive. Pinter sceptics may seize on this as inconsistency, but I suspect it simply proves his dislike of aesthetic dogma. I can picture him bubbling with resentment at being told by Bray what art has to be.

If Fraser’s book sometimes surprises, it also offers a vividly intimate portrait of the real Pinter. It records the energy and exuberance that burned off him and made him so attractive to friends. It describes his love of England: its cricket, its countryside and its historic regard for liberty. It was because he saw that liberty being eroded that he became such a ferocious opponent of successive governments.

The book pins down the embattled despair Pinter sometimes felt in later years as his sense of injustice coincided with his own declining health. But he never gave up. As he said when about to perform his sketch, Press Conference, at the National Theatre while undergoing chemotherapy: “I’m not just sitting here waiting to die.”

Must You Go? is not the story of a saint. Everyone who knew Pinter was aware that, on occasions, his anger was disproportionate to the event. I once heard him, at a Dublin dinner party, attacking some poor chap who had suggested Johnson was greater than Swift.

This book is a portrait both of a fascinating, richly complex man and writer and of a genuine “marriage of true minds”. It is free of personal vanity, but reminds one how much Pinter owed to Fraser. Even with her own writing career to pursue, she was always on hand to advise and support. It was she who tentatively suggested there was a scene missing in the first draft of Betrayal: “December 31, 1977: Pinter very cross and went for a walk round Holland Park. Came back and wrote the scene. It was brilliant and not at all what I had asked for of course.” — © Guardian News & Media 2010

Athol Fugard: A man of obstinacy and courage