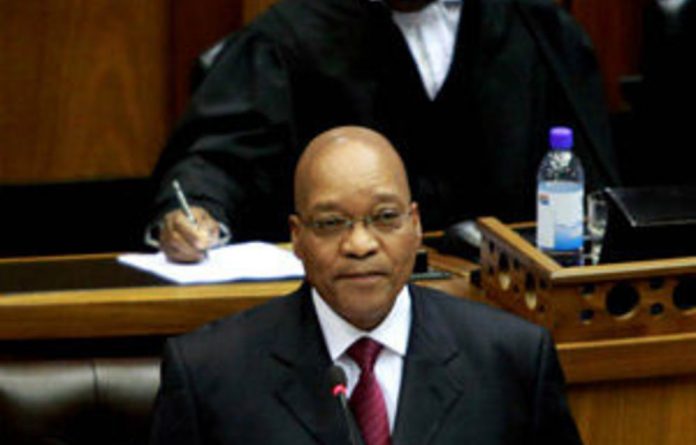 “The [conference] expresses its strongest concern of the scandalous behaviour of leaders who shamelessly flout the norms of morality and decency, accepted and expected by the vast majority of people,” the Archbishop of Durban, Cardinal Wilfrid Napier, said in a statement.

“We deplore the attempts to excuse or even defend bad moral behaviour in the name of ‘culture’.”

Zuma confessed last week to fathering a child with Sonono Khoza, daughter of soccer boss Irvin Khoza. It is understood that he was caught off guard when Sonono told him last year that she was pregnant.

He issued an apology last week after meeting advisers and party elders, taking responsibility for the child and expressing regret at the pain the affair had caused his family.

In 2006, Zuma was criticised when, during his rape trial and acquittal, he said that he had unprotected sex with an HIV-positive woman.

“While we note President Zuma’s expression of regret for engaging in ‘unprotected sex’, we are nonetheless appalled that for the second time in as many years he does not express regret or show
remorse for his adultery,” said Napier.

The cardinal was “appalled” at the “irreparable damage” Zuma has done to the fight against the spread of HIV/Aids.

“We call on all leaders to recommit themselves to being worthy role models for the youth and children of the nation,” said Napier.

‘Zip up’
A national executive committee (NEC) member closely involved in the love-child saga told the Mail & Guardian this week that the party has informally asked Zuma to “zip up” because the party could not survive another such scandal.

Said the NEC source: “We first thought it was a private matter. But we were surprised that the outcry did not come from white people or foreign media, but from our African constituency. They must vote for us to stay in power and we must listen to them.

“We realised that we need to change our approach or it will cost us in the 2011 local elections and beyond.

“We really want the president to zip up and make sure this doesn’t happen again. If it does, it’s over. We have nothing left to defend his conduct.” – Mail & Guardian reporter and Sapa