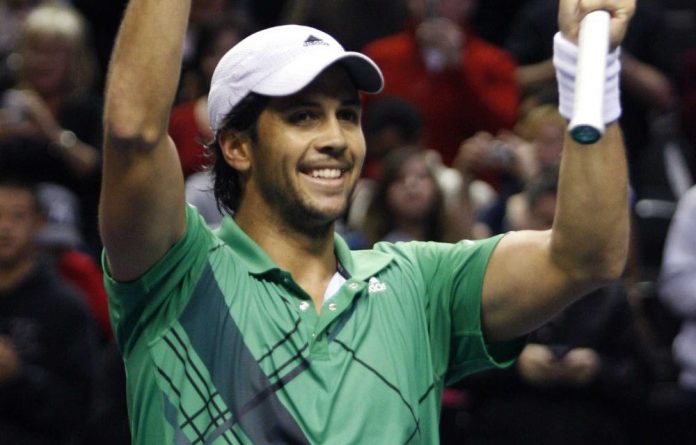 Verdasco, who claimed his fourth career title, had lost 15 straight matches against top-10 players before breaking through against world number seven Roddick.

He became the first Spaniard to win a title in the San Francisco Bay Area since Manuel Santana did it in 1964 in nearby Berkeley.

Verdasco set up the only break point of the final set with a backhand cross-court winner for 30-40 in the ninth game.

Roddick then dumped a forehand volley into the top of the net, leaving Verdasco to serve for the match at 5-4.

Verdasco lost the first two points on his service game, but reeled off the next four, including an ace for 30-all and his 15th ace of the match on match point.

Roddick was in control in the first set, breaking Verdasco twice.

The Spaniard broke Roddick for the first time in the match to lead 2-1 in the second.

Two winners from the Spaniard and a lucky netcord bounce had Roddick facing a triple break point — prompting Roddick to throw his racquet at the net.

After saving one break poing, Roddick hit a backhand wide and then hit a ball into the stands in frustration, earning a code violation warning from the umpire.

His frustration grew when he wasted four break points in the next game, and in the sixth game he let loose at the umpire when he disagreed with a call.

“You can’t see if the ball is an inch out! … It’s not possible!” Roddick yelled.

Verdasco held for a 4-2 lead and went on to force the deciding set. — AFP