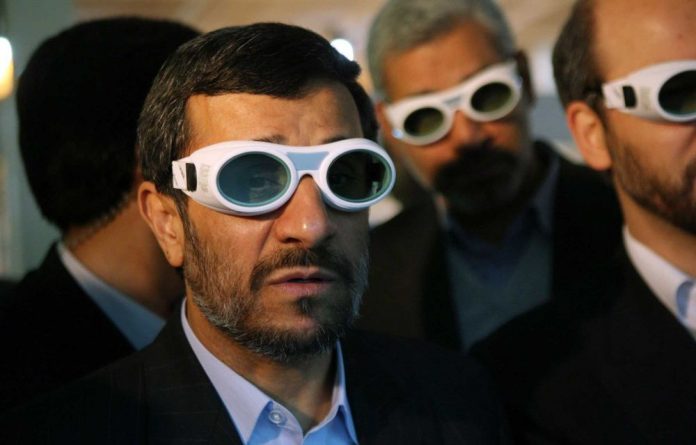 President Mahmoud Ahmadinejad warned on Tuesday that world powers would regret any moves to impose new sanctions on Iran, while stressing Tehran was still ready for a United Nations-brokered nuclear fuel-exchange deal.

Ahmadinejad’s latest salvo at world powers came as US Secretary of State Hillary Clinton toured the Gulf to earn backing for possible sanctions against Iran for defiantly pursuing its nuclear programme.

“If anybody seeks to create problems for Iran, our response will not be like before,” the hard-line Iranian president told a packed news conference in the capital, Tehran.

“Something in response will be done which will make them [the world powers] regret” their move, he said.

Ahmadinejad said negotiations over a UN-drafted nuclear fuel exchange were “not closed yet”, and expressed readiness to buy the material even from Iran’s arch-foe, the United States.

Offer rejected
The offer would have seen the uranium returned to Iran in a high-grade form for use in a Tehran medical research reactor, but the plan has been rejected by the Islamic republic.

Ahmadinejad insisted on Tuesday that the exchange had to be “simultaneous”, a stance repeated by several other Iranian officials and which has led to a deadlock over the deal.

“The proposal for the fuel exchange is not closed yet. We have announced that we will exchange within a just framework,” Ahmadinejad said.

“We are ready for an exchange even with the United States. The US can come and give us their 20% fuel and we will pay them if they want, or we can give them 3,5% fuel.

“But the swap should take place simultaneously and we will put our fuel under the supervision of the [UN atomic] agency in Iran,” he added without clarifying whether the exchange must take place inside the country as insisted by other Iranian officials.

Ahmadinejad also indicated Tehran could suspend enriching uranium to the 20% level if world powers supplied it the required fuel for Tehran reactor.

“We are not insisting on doing this [20% enrichment] although we have the capability. If they supplied the [uranium enriched to] 20%, the situation may change,” he said in answer to a question if Iran would stop the controversial enrichment started last week.

Iran announced on February 9 that it had begun work on enriching the uranium to 20% level.

Calls for reform
Ahmadinejad’s comments came after Russia, an ally of Iran, said Tehran should improve its cooperation with the IAEA and that new sanctions were not excluded if it fails to fulfil its obligations.

“On the subject of sanctions … Russia still believes that Iran should more actively and broadly cooperate with the IAEA and other countries,” Russian President Dmitry Medvedev’s spokesperson said.

“If these obligations are not fulfilled no one can exclude the application of sanctions,” spokesperson Natalia Timakova told reporters in Moscow.

Earlier on Tuesday, Clinton said that there was no evidence to prove Iran’s claim that its nuclear programme is peaceful.

“Iran is the largest supporter of terrorism in the world today,” Clinton said in Saudi Arabia’s Red Sea port of Jeddah on the last leg of a Gulf tour to drum up support for fresh sanctions against Tehran.

“And the questions keep building. They say they are only doing this for nuclear peaceful purposes, but the evidence doesn’t support that,” Clinton told hundreds of students. — AFP