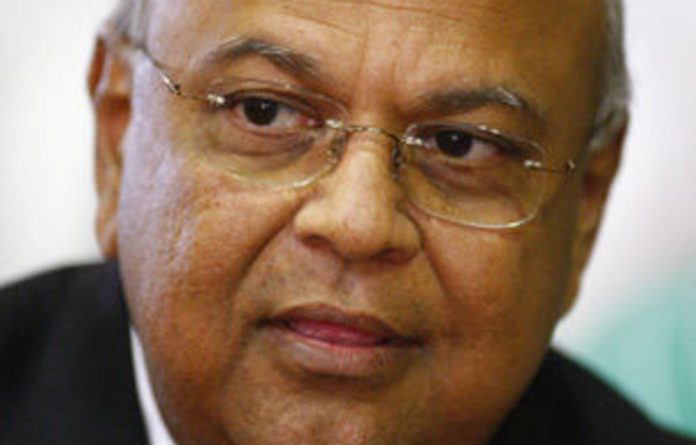 Finance Minister Pravin Gordhan’s maiden budget speech presented in the National Assembly on Wednesday seems to have found favour with most political parties in the house as well as economists.

“Overall it was very conservative and the tax burden has been lowered for a year before it goes up again,” he said.

Keeping inflation targeting in its present range of 3% to 6% was positive, Schussler said.

“The rand improved on that. And this is very different to what trade unions were expecting.”

Asked what was missing from the budget, Schussler said he would like to have seen personal taxes decrease a bit more — “even half a percent”.

Nedbank economist Dennis Dykes too said Gordhan had made “a strong speech”.

“I’m happy he’s not doing anything radical with tax — but the fuel levy is going up enormously though.”

Dykes said he was satisfied there was no change to the inflation target. “It wasn’t the right time to be making radical changes to the system — but he did say he’d debate it.”

Dykes said while the budget was prudent, it relied on the support of Gordhan’s colleagues.

“We can’t afford another wage increase for the public sector — expenditure has to be kept under control.”

The public sector wage bill has doubled in the last five years, putting immense pressure on the budget, Gordhan revealed.

Gordhan said in his speech the bank should pursue its mandate independently and without fear, favour or prejudice, as required by the constitution.

DA
Democratic Alliance (DA) leader Helen Zille said “there was much more to welcome than to criticise” in Gordhan’s speech.

“We welcomed Minister Gordhan’s plans to focus on subsidising jobs for the youth and on transferring skills,” she said, adding that it was time the government considered privatising state-owned enterprises (SOEs).

Cope
The Congress of the People’s (Cope) parliamentary leader Mvume Dandala congratulated Gordhan for “sticking to a formula that had worked”.

“Minister Gordhan placed great emphasis on galvanising the people,” Dandala said. “We congratulate him for that.”

But the party was concerned about debt levels.

“If you added the debt of the semi-state institutions, we will get close to 50% and the International Monetary Fund has warned emerging markets not to touch that level,” Koornhof said.

“The minister has not departed from government’s prudent, yet expansionary and counter-cyclical fiscal policy, notwithstanding pressure from various quarters.”

Swart also expressed concern at the high deficit. Rising budget deficits, which were normally funded by borrowing, were not sustainable in the long run and led to spiralling debt-service costs, resulting in lower spending on service delivery and/or increases in tax rates, he said.

UDM
The United Democratic Movement’s (UDM) Stanley Ntapane said it was regrettable Gordhan had chosen to talk about “starting today” on job creation.

“The ANC government should’ve started 15 years ago,” he said.

The UDM was also concerned about projected public debt rising to 40% of GDP by 2013, especially since lower-than-expected revenues might become a trend.

Higher fuel taxes were not welcome, as they increased inflation and further exacerbated the disproportionately high price of fuel in South Africa.

ID
Independent Democrats (ID) spokesperson Lance Greyling welcomed, among other things, the R12-billion set aside to extend the child support grant to 18-year-olds.

“Likewise, we are very pleased about the extra allocations for ARV treatment, but we also hope there is enough money set aside for other essential medicines.”

“Lastly, we agree with the emissions tax, but we feel that the 25,5 cents increase in the fuel levy is double what it actually needs to be.

“Instead, the ID would have liked to see increased taxes on alcohol, tobacco and other goods that have a negative effect on our society.”

However, the increased fuel taxes were a mistake that would place great pressure on already heavily burdened motorists and the inflation figures, he said. — Sapa

The department of public enterprises is concerned that the proposed sale of assets threatens its plans to engineer SAA 2.0
Read more
Advertising