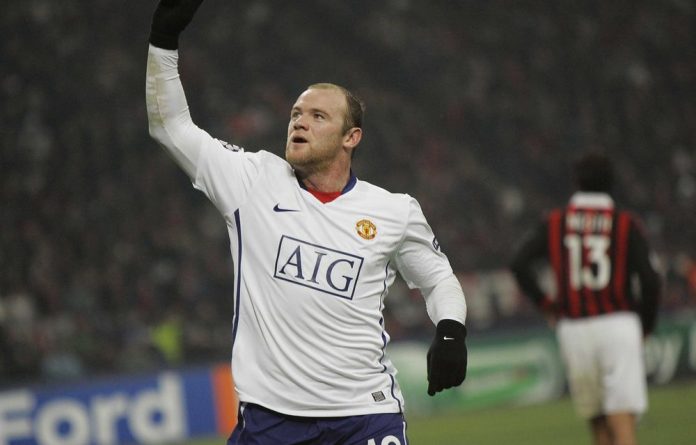 Manchester United manager Sir Alex Ferguson was a relieved man after his team survived a torrid opening to beat AC Milan 3-2 at the San Siro and put themselves in the driving seat in this Champions League last 16 first leg clash.

Ronaldinho gave Milan a third minute lead and Clarence Seedorf kept the second round tie alive ahead of the second leg in Manchester with a close range finish five minutes from time.

But a lucky Paul Scholes goal and a brace from the brilliant Wayne Rooney gave United their first ever win away to Milan.

“I think we could have lost a few goals tonight, the first 20 minutes was a bad period for us, losing a goal the way we did [from a deflection],” admitted Fergie.

“It was a very unlucky goal to lose and for 20 minutes we lost our composure and it took us a long time to get going but once we got going I think we played well.

“I think the goal [from Scholes] helped us, we got it at a good time and from that moment on I think our game improved. Goals do change games and I think it changed the game today.”

One for the future
Ferguson also expressed his satisfaction with young Brazilian Rafael, who he picked ahead of Gary Neville and who had coped quite well in trying to control Ronaldinho.

“Ronaldinho has always had great talent, I think his game dropped away for a year or so but he’s looking back to his best.

“He’s a handful for a young player like Rafael to deal with but we’ve invested a great future we’re not going to stop the rewards of that because he’s playing AC Milan.”

Milan coach Leonardo was understandably disappointed with the result from a match his team bossed for the first 45 minutes without turning that superiority into goals.

“Manchester United got the maximum reward from what they did in the game while we got the minimum from what we did,” he moaned.

The defeat will add to the woes of Real’s coach Manuel Pellegrini, who is under pressure to return European football’s most coveted trophy to the Santiago Bernabeu following the triumph of rivals Barcelona last year. — AFP