Tiger to break his silence 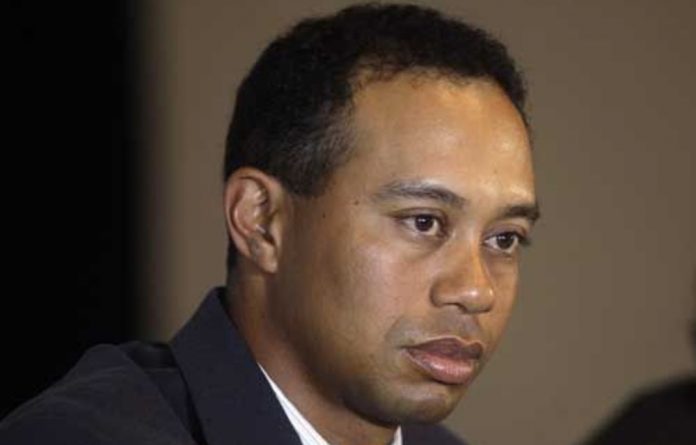 Tiger Woods will break his silence on Friday, when he is expected to address his plans for the future in the wake of a sex scandal that drove the golf superstar into seclusion.

Woods’s agent said Wednesday that the 34-year-old golfer will speak at the clubhouse at the TPC Sawgrass on Friday, headquarters of the US PGA Tour at Ponte Vedra Beach, Florida.

Woods will make a statement to a select group of media, with one television camera to relay the event live, but he won’t take questions, agent Mark Steinberg said.

“While Tiger feels that what happened is fundamentally a matter between him and his wife, he also recognises that he has hurt and let down a lot of other people who were close to him,” Steinberg said in a statement. “He also let down his fans. He wants to begin the process of making amends, and that’s what he’s going to discuss.

“His remarks will be open to a press pool for live coverage. It is not a news conference.”

It remains to be seen how deep Woods will delve into the scandal that erupted around him in the wake of a mysterious car crash outside his Florida home in the early hours of November 27.

Rivals glad to have him back
“It’s encouraging that he’s coming back to at least be seen by the public, and the rest of us, too,” British Open champion Stewart Cink said at the Accenture Match Play Championship in Arizona.

“I don’t know what he’s going to talk about,” Cink said. “I think this is maybe the beginning of the comeback process for him.

“It will be good to see Tiger’s face again and see that he’s actually out there somewhere.”

“The first time out, he’s better controlling it,” Harrington said. “Over time, there will be questions. At the moment, the best thing is a more controlled environment and gradually ease his way back into it.”

Shortly before Woods’ crash, the National Enquirer published a story claiming he had been seeing a nightclub hostess.

After the crash, a welter of women claimed they had affairs with Woods, and he became a target of tabloids and television comedians.

“I am deeply aware of the disappointment and hurt that my infidelity has caused to so many people, most of all my wife and children,” the married father of two said in a statement on his website then.

“I want to say again to everyone that I am profoundly sorry and that I ask forgiveness.”

Since then speculation has raged as to the 14-time major champion’s whereabouts, the state of his marriage and just when and where he would make his return.

In January widespread reports placed Woods at a rehabilitation clinic in Hattiesburg, Mississippi, where he was receiving treatment for sex addiction.

PGA Tour Commissioner Tim Finchem, who was at the Match Play Championship, declined to speculate on what Woods would have to say, but like Cink he welcomed his decision to speak.

“I’m pleased he’s going to make some comments,” Finchem said, adding that Woods had asked to use the TPC Sawgrass facility.

“We were asked to make the facility available and help with the logistics,” Finchem said.

Finchem will certainly be on hand to hear what the player who has become the face of the game globally has to say.

“I will be in attendance,” Finchem said.

Woods’s long awaited public appearance will comes in the middle of the Match Play tournament, whose chief sponsor Accenture dropped Woods in the midst of the scandal.

“I suppose he might want to get something back against the sponsor that dropped him,” said world number eight Rory McIlroy of Northern Ireland.

Finchem said he didn’t believe Woods’s appearance would detract from the elite event.

“We have tournaments every week,” Finchem said. “I think it’s going to be a story in and of itself. A lot of people are going to be watching golf this week to see what the world of golf says about it, my guess is. So that will be a good thing.” — AFP