Exit Arthur and the questions remain 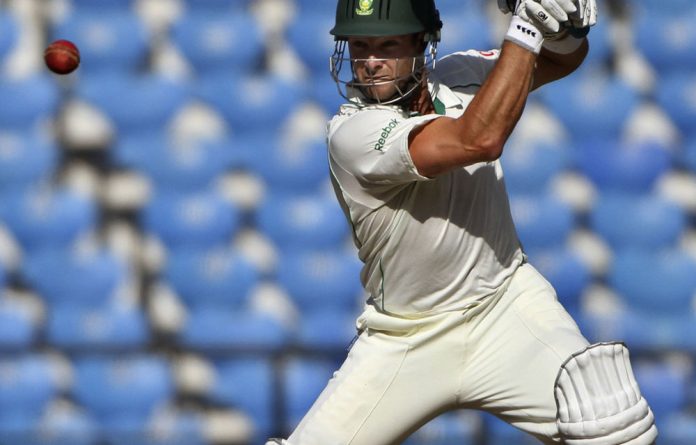 The Proteas have somehow contrived to complete a thrilling pair of Tests in India — drawing a series here is still a notable achievement — without answering many of the questions that Cricket South Africa was so concerned about when it decided to intervene by pushing Mickey Arthur aside.

The CSA board’s stated intention was to get the South African team playing consistently at a level that would keep them at number one in the world. But Graeme Smith’s men were consistently excellent in Nagpur before being consistently bad for the first three days of the Kolkata Test.

First and foremost among the questions is whether interim coach Corrie van Zyl is the man for the permanent job. He has been praised by the players, many of whom he has worked with before on emerging tours or at the high performance centre. And the former fast bowler, who was one of the most fiery, competitive players on the domestic circuit in his time, has certainly made his presence felt. He has not allowed himself to become a peripheral figure despite the uncertainty of his tenure.

Van Zyl made a name for himself as a highly successful coach with the Diamond Eagles, where he successfully melded a man-management style with threats of “koppe stamp” type sessions if he felt there was any slackness creeping in.

He is also very thorough in his preparation and communication.

It is an approach that could well work a treat with the current national team given that, like the Springboks, they are strongly player-driven.

Gary Kirsten has unsurprisingly been offered a contract extension by India, although there is no word yet on whether he has accepted it.

Being able to return home to his family and coach the team he was such a passionate, integral part of would obviously be juicy bones to lure him across.

South Africa would not be able to compete with the money India are throwing at him — figures like $40 000 a month have been mentioned — but material wealth has always been pretty low on the Kirsten family agenda. His wife, Debbie, is after all the daughter of a missionary.

Completing the work he has begun with the Indian team will be a strong motivation for him, however, with the World Cup being played on the sub-continent next year.

Kepler Wessels also seems to have slotted in well with both Van Zyl and the players, and his knowledge seems to be playing a big role in the team.

But with many people pushing for the former captain to be the head coach, would the ex-Northamptonshire mentor be willing to play the bridesmaid role to Van Zyl?

Time to step up
The next question mark will probably have many choking on their coffee. Will AB de Villiers soon be taking the step from one of the world’s most talented batsmen to one that regularly wins matches with big hundreds?

Too often in the last year he has allowed himself to be knocked over after delightful cameos and often his dismissals have not been due to wonderful deliveries.

His running between the wickets — his first-innings dismissal at Eden Gardens was a massive blow — has also been ill-judged recently.

Ashwell Prince’s anger at being asked to open the batting has been well known and the left-hander has now failed at the top of the order at home and in sub-continental conditions where the job is at its easiest.

Fortunately, Alviro Petersen slotted in seamlessly up front in Kolkata and deserves an extended run. Prince, back in the middle order in Kolkata, failed twice and the selectors have a tough decision to make as to whether he deserves another chance there in the West Indies given his previous record.

JP Duminy’s confidence seems to have gone and he would probably be helped by a stint out of the Test side.

One of the issues that was unambiguously answered in the second Test was that it would be a cardinal sin for Mark Boucher not to be chosen in every South African team that takes the field up to the next World Cup.

Boucher not only keeps the intensity humming on the field but has been scoring valuable runs in the lower order. Given that the multiple world record-holder is still in fine form and De Villiers so obviously does not want the job and is ill-equipped for it, it is mindnumbing that people are still calling for Boucher’s head.

What is important, however, is that whoever the selectors deem his replacement to be is groomed by going on future tours as the reserve “keeper”.