Feelin’ nearly faded as my jeans 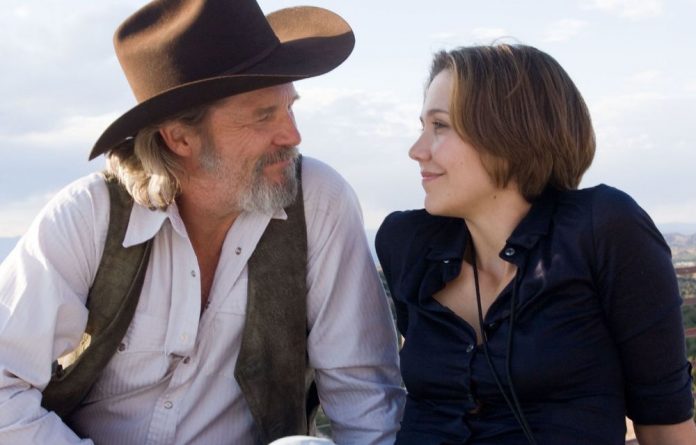 He even looks remarkably like Kris Kristofferson, one of the greatest of the genre’s singer-songwriters, though Bridges can’t quite seem to muster the full Kristofferson beard. Nonetheless, one does almost expect Bridges’s Bad Blake to burst into Me and Bobby McGee at the drop of a ten-gallon Stetson. If he doesn’t, it’s because the music in Crazy Heart is original to the film — and successfully so.

When we first see Bad Blake, he’s arriving for a gig in some middle-American town, just the other side of nowhere, in his 1978 Chevy Suburban. That’s a great big station wagon of a car. You can well imagine Blake, if need be, sleeping in the back of it, out on some country byway. It even has horrid little net curtains, as far as I recall. Not that we actually see Blake dossing in the back of his Suburban; it serves, rather, as a kind of index of his character.

The only thing about the Suburban that doesn’t resonate with Blake as a character is its name. Suburban he ain’t. Otherwise, the wagon is like an externalisation of the man. It’s big and rangy, spacious, creaky, probably a dire gas-guzzler, not necessarily fast but damn reliable despite a few internal coughs and rattles. Blake always gets to the gig he’s been booked for, even if it’s in a crappy bowling alley and even if he’s going to be drunk as a skunk by the time he straps on his guitar.

The Suburban’s also rusty, it seems, and when Blake has a bit of a smash and then has to have the Suburban fixed up and repainted, guess what? He has it repainted in a colour called rust. Don’t forget, either, that this is a 1978 model. Blake’s only about 20 years out of date.

On the subject of getting to the gig, that’s about all Bad Blake can do at this point to maintain himself as a singer and a man. He has kept at least that much of his musicianly pride, even if he has to admit to his agent and a fellow singer that he is no longer able to write any more of those great songs. About all he can do is criss-cross the country belting them out yet again and hoping a groupie will make a pass in the gap between sets.

Bad Blake’s stage name is a pathetic summation of what he claims to be. He’s bad, all too bad: and not just bad in the fun rock-star manner (bad as in naughty), he’s bad as in alcoholic, irresponsible, barely a credible performer, washed up as a songwriter. The contrast with his former protégé, now a big star, Tommy Sweet (Colin Farrell), is brilliantly done: not just in their stage names, or in their personae as performers, but also in the pointed contrast of where their respective careers are at.

Tommy Sweet is, of course, kinda New Country, ponytailed and sexy, a clean-living, doubtless gym-going singer — like a rock star without the drug problems. That’s what New Country is, or was; Bad Blake is almost suicidally Old Country.

The scene in which Blake and Sweet meet for the first time in ages, two former friends on opposite sides of a table in a woody old steakhouse, is marvellous. It’s not a long scene, but it swiftly and deftly shades in a lot of character information.

We’ve seen broken-down Blake and heard about all-conquering superstar Sweet, but as they face (or, in the case of Sweet, not quite face) each other, a deeper contrast of characters emerges, signalling perhaps some of the film’s later developments.

As a story, Crazy Heart is undeniably over-familiar. It eschews glamour in favour of down-home authenticity, but you know from the off that it’s going to move towards a shot at redemption for this protagonist-in-disarray. That’s the set-up, emphasised with each mishap to which Blake subjects himself, and the trajectory is predictable, even if the details aren’t. I felt like the narrative skimped in at least one important place, but it did manage to hold back on the obvious feel-good conclusion.

So, yes, Crazy Heart is of the redemption genre (how many American films aren’t?) and it’s a narrative we’ve seen before in many different forms. What makes it special is Bridges in the central role, as well as his co-stars, in particular Maggie Gyllenhaal as the young but already divorced small-town journalist who snags Bad Blake’s interest and brings forth in him some real charm, as opposed to his stage charm, which was rather raggedy anyway. But he’s not just a silver-tongued devil.

Bridges got his fourth best-actor Oscar nomination (no wins so far) for his work here and it’s well deserved, even up against Colin Firth in A Single Man, who seems to me his most honourable competitor, though the Morgan-Freemandela of Invictus will probably get the statuette. Bridges in Crazy Heart is so solid a presence, so real, so present, his bodily persona so deeply lived-in, that he convinces at once and compels the viewer’s attention to the end. This is acting of a high standard, even if Bridges seems to be barely trying, or not even acting. It’s like he opens his heart, with all its craziness, and lets us in.

The music of the movie, too, helps bolster and expand on the narrative and the character study that is Bad Blake (it’s by Stephen Bruton and T-Bone Burnett and Bridges himself sings it very well).

These songs are not of the Kristofferson level, I have to say; they’re simpler, more direct and rockier. But once you’ve heard Blake belt out his most famous hit a few times, with a conviction that comes perhaps despite himself, you can’t help humming it as you walk out of the cinema. And it’s entirely appropriate: “Funny how falling / feels like flying / for a little while …”
C’mon, everybody, all together now …