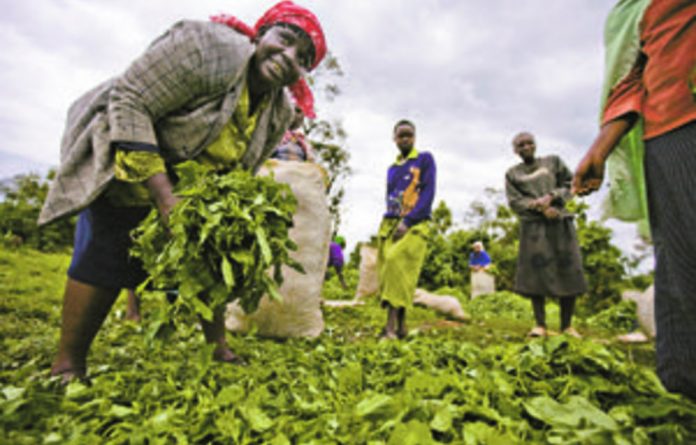 A Kenyan carbon project has shown South Africa how to tap into a global green economy.

In December Nedbank and US-based Wildlife Works signed a multimillion-dollar pact on an East African Reduced Emissions from Deforestation and Forest Degradation (Redd) carbon project, which will pour millions into Kenya.

In terms of the agreement Nedbank will acquire carbon credits from Wildlife Works’ projects for on-sale to South African corporates and others in the global carbon market.

The more than 2.5-million tonnes of carbon will be made available primarily by preventing deforestation of the Kasigau Corridor, guaranteed until 2026. This was Africa’s first Redd project.

The deal highlighted that more investment is needed in the Clean Development Mechanism project in Africa. Africa represents only 3% of projects worldwide under the mechanism.

The carbon credits are Verified Emission Reductions, which can be used to offset an organisation’s carbon footprint.

Kevin Whitfield, head of carbon at Nedbank Capital, says the carbon market provides a mechanism for linking Africa to the global green economy, while conserving its rich natural heritage and safeguarding the livelihood of its people. He said that, like any other portfolio, banks invest in, projects have to make commercial sense and that Nedbank believes in this project.

The Rukinga and the associated Kasigau Wildlife Corridor project illustrate just how this is possible. ‘There is a scarcity of projects of this type and very few large-scale carbon projects in Africa, despite high demand and prices for good quality African offsets. This presents a real opportunity for South African community and environmental projects,” says Whitfield.

‘We encourage South African businesses as well as the NGO sector to intensify the drive to make green projects viable from an investor perspective. Carbon credits represent a new asset class that allows businesses to treat CSI [corporate social investment] as an investment, rather than an expense.”

Nedbank will retain a portion of the carbon credits for its own carbon-offset requirements, securing its carbon neutral positioning and putting it in the company of other respected financial institutions, such as HSBC and Deutsche Bank.

Mike Korchinsky, founder and president of Wildlife Works, said its new venture, Wildlife Works Carbon, was set up to help local landowners in the developing world to monetise their forest and biodiversity assets whether they were governments, communities, ownership groups or private individuals.

Saliem Fakir, head of the WWF in South Africa, said Rukinga and the associated Kasigau Wildlife Corridor project were world-class examples of projects that were making a tangible difference to communities and the environment.