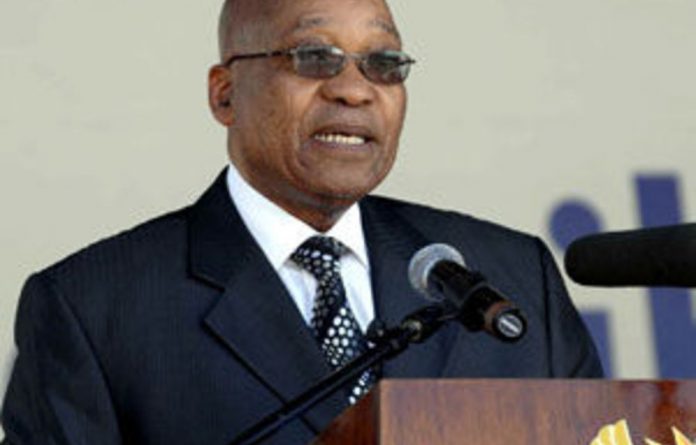 The Western Cape is to pass a law banning politicians from using blue-light convoys in the province, Premier Helen Zille announced on Friday.

In her state of the province address, she said this would apply to politicians from “any sphere of government”.

The only exception would be a genuine emergency.

“And being late for a meeting does not constitute an emergency,” she said.

Zille’s announcement follows outrage at the arrest this week of a University of Cape Town student who made an obscene gesture at President Jacob Zuma’s convoy as it passed him.

Scores of students on Thursday demonstrated in solidarity with the arrested Chumani Maxwele, all flashing the same raised middle finger.

Unfortunately, in South Africa there were cases where the police themselves were accessories to this abuse.

When her provincial executive assumed office nine months ago, one of the first things it did was to instruct the police’s VIP protection services to stop using blue lights and sirens on ministerial vehicles unless in exceptional circumstances.

“We did this because we don’t believe that politicians should have special rights and privileges that other citizens don’t have,” she said.

“We share the public’s disgust at being forced off the road by blue-light bullies escorting self-important politicians.”

Maxwele’s arrest and interrogation by the president’s protection officers was an example of such abuse.

Legislation
South Africa was a constitutional democracy, not a police state, she said.

“We will therefore introduce legislation … to prevent any politician from any sphere of government using blue-light convoys and sirens in the Western Cape, unless a genuine emergency arises.”

This would be done in terms of the provincial government’s constitutional competencies for road traffic regulation.

Zille also announced planned legislation to prohibit employees of the province conducting business with it, except in strictly defined and transparent circumstances.

Tender rigging and conflicts of interest were one of the primary sources of corruption in all provinces, she said.

Meanwhile, the Police Ministry said on Thursday that Maxwele had apologised for his actions.

He had two criminal records, one for common assault, the other for riotous behaviour, both committed between 2007 and 2009, spokesperson Zweli Mnisi said in a statement.

He made his apology under oath, voluntarily in a hand-written statement last Wednesday, the day of his arrest. — Sapa

The government, business, labour and civil society must work together to link potential employees to productive and decent jobs
Read more
Article

The Russian shot to international fame as a giggly 17-year-old Wimbledon winner in 2004, the third youngest player to conquer the All England Club’s famous grass courts
Read more
Advertisting
Continue to the category
Education