Junta to run Niger until elections 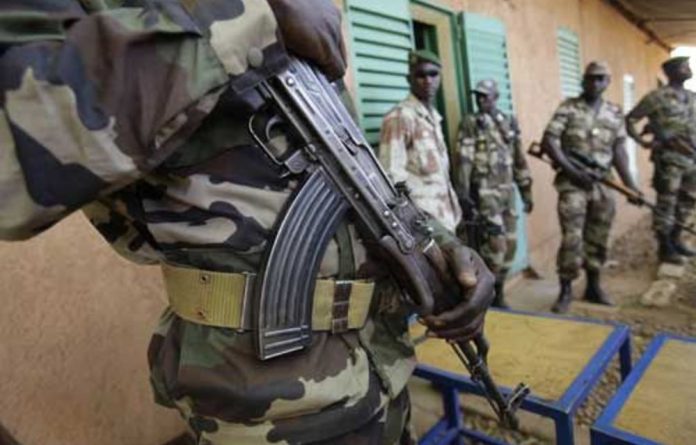 Niger’s military plans to run the uranium-exporting country until politicians agree on a new Constitution and are ready for fresh elections, West Africa’s regional mediator said after meeting the junta on Sunday.

No timeframe has been set for the transition back to civilian rule but a spokesperson for the junta said on Sunday that elections would be held “as soon as possible” and the situation was similar to a coup in 1999 that led to transparent elections.

Niger’s military ousted President Mamadou Tandja in a swift coup last week, putting an end to months of political wrangling between him and the opposition.

The seizure was formally condemned but it is also widely seen at home and abroad as a chance to end a political impasse.

“They have assured us there will be an opening for everyone here in Niger, for an inter-Nigerien dialogue,” Mohamed Ibn Chambas, president of the Economic Community of West African States (Ecowas) Commission, told reporters after meeting the military junta.

“It is this process that will lead to a new Constitution and credible elections,” Chambas added. “They said they want a short transition that ends as soon as possible, but it is also the political dialogue that will define the timetable.”

Thousands of people took to the streets of the capital Niamey on Saturday to show support for the army, but also to call for elections to be organised.

Tandja and his rivals were locked in a dispute over the president’s extension and deepening of his powers last year, a move that drew criticism and sanctions from abroad.

Although he held a successful referendum that officially gave him three more years in power after his mandate ran out in December, the row divided the nation. The military ended it by blasting their way into Tandja’s palace to arrest him.

The junta says it had to act to end tensions.

“We were encouraged by the fact that the authorities themselves are mindful that this is not their normal function and they are eager to finish this task and go back to their normal military and security duties,” Chambas said.

Coup-happy army?
It was the third coup in West Africa in the last 18 months, in what some observers say is an alarming shift away from democracy in a region seeking stability and investment.

But a spokesperson for the military junta, known as the Supreme Council for the Restoration of Democracy, said the 1999 coup, when the army ousted the president but held elections soon afterwards, should allay concerns about the military’s plans.

“If you want proof, in 1999 we had a similar situation and we handed back power and we had 10 years of stability. We are going to do the same thing,” Colonel Djibril Hamidou Hima said.

Hamidou Hima also rejected accusations that the army, which has ousted four of Niger’s presidents, was too eager to step in.

“This is not the case. We left the political actors to try and find a solution. This did not happen. Social tensions got worse. We didn’t launch a coup — we just re-imposed legitimacy, because this had already disappeared,” he said.

Hamidou Hima said Tandja was being held in a villa in Niamey. The prime minister, interior minister and finance minister are also under house arrest.

Despite a flurry of international criticism and Niger’s suspension from the African Union, many in Niger and diplomatic circles say the ousting of Tandja has unblocked a political stalemate that months of Ecowas-run talks failed to resolve. — Reuters