No power to the people 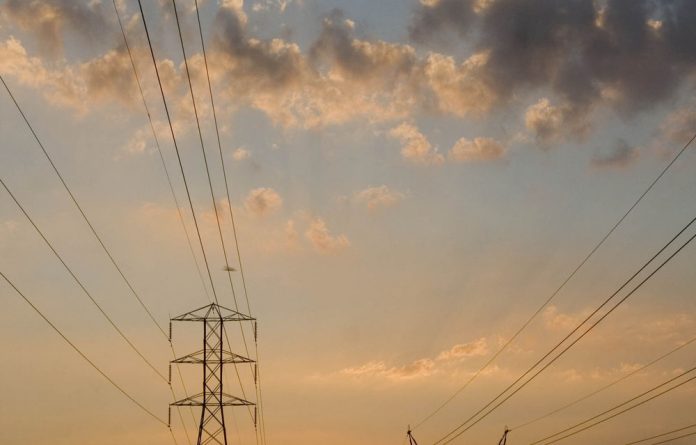 Eskom has been so reluctant for so long to buy power from independent producers, irrespective of how they make their power, that some people, myself included, think that you could park the SANDF outside Megawatt Park with a G5 cannon trained on it, and it still would not buy.

Eskom executives will say that they are in the market to buy power and will even attend meetings to discuss this, but the parastatal wants to buy power at what it costs to produce using its depreciated assets, about 30c a kilowatt hour, even while building new capacity will cost it about 80c a kilowatt hour.

To be fair to Eskom, it can’t buy power at 80c and sell it at 30c. But as the country’s sole buyer of power at present, its critics say that it shows all the signs of not wanting to give up its monopoly rights.

It now has the right to build two stations, Medupi and Kusile, in alliance with the ruling party, which owns a chunk of a contract to supply boilers and turbines to these projects through its investment holding company, Chancellor House. Eskom will also want to build the country’s next nuclear power station and does not want pesky private producers supplying the grid, perhaps delaying its next build project.

President Jacob Zuma, though, wants independent power producers (IPPs) to supply electricity. In his State of the Nation Address he spoke about setting up an independent systems operator to buy electricity from private suppliers.

As he spoke, the Eskom dial on SABC television, which shows how much electricity the country is using, showed up dangerously in the red. I went around my house and switched off power, just so I could see the end of the broadcast.

The consensus now does not seem to be if we will run out of power, but when. As the domestic and international economy resuscitates, there will be increasing demand for power. The Zuma government knows this. Yet, curiously, in Pravin Gordhan’s budget there is little or no reflection of any urgency. There is money to spend but nothing to spend it on, because a new legal and institutional structure is needed to be able to buy from private producers.

Legislation will be needed to align with statutory requirements in the integrated resource plan (IRP), the new version of which will be ready only in mid-year.

So expect at least a year to pass, all going well, until the new buying office is properly constituted and it can enter into power purchasing agreements (PPAs) with independent producers in terms of the new IRP. With the new IRP in place and a PPA in hand, the IPPs will be able to finalise their funding and start building power stations. This will take another three years, so private power is at least four years out on this scenario.

This means we miss an opportunity to keep the system honest. There appears to be no shortage of IPPs who want to supply power to the grid. Competitive bidding will have the benefit of establishing more than just Eskom’s price in the market.

Speaking of honesty, if there is an item which would be interesting to have been reflected somewhere in the budget, it is how much tax government forgoes in the form of import duties that are used to subsidise the domestic motor industry. Treasury officials told my colleagues that the amount is in the order of R20-billion a year.

We sold just under 400 000 cars locally last year, suggesting the subsidy is worth R50 000 per car. There are supporters and apologists of the motor industry who claim the programme does wonders, earning foreign currency, creating jobs and developing skills.

I’d be prepared to be convinced, but for one thing: the whole edifice is supported by a prohibition on importing second-hand cars. I am free to do many things in the new South Africa, but to buy an imported second-hand car is not one of them.

There is a new honesty coming to healthcare, though, as we adopt the Lesotho model and bring the private sector into rebuilding, maintaining and running our hospitals. Both private and public models have their supporters. A happy mix is to run both models, noting which keeps the overall system more honest.

The two-tiered labour market announced by Pravin Gordhan will also go some way to keeping this market honest, although in this case it might do no more than expose another inefficiency, the fact that apartheid economics often put workers a long way from where they work, meaning that a big chunk of their earnings does nothing more than pay their transport costs.

On the electricity front the budget review could do no more than say government is committed to sourcing 30% of our electricity from private producers. It gave no dates by which it intends meeting this target.

Prepare for more red dials on our television screens.