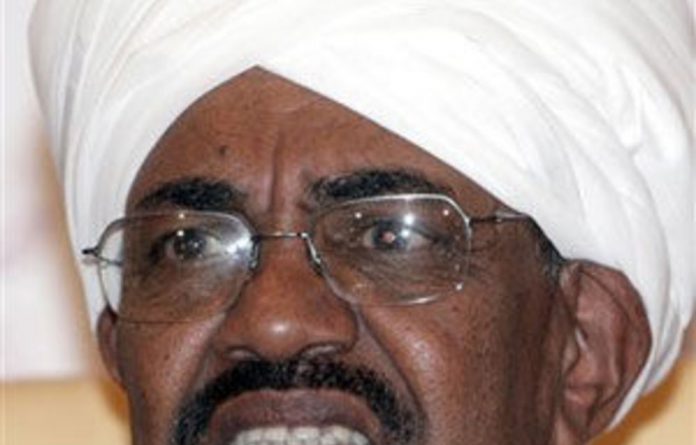 Sudan and Darfur’s main rebel group signed a ceasefire agreement on Tuesday, although any final peace deal will still need to be backed by other armed factions.

Justice and Equality Movement (JEM) leader Khalil Ibrahim said he and Sudanese President Omar al-Bashir signed the accord, which was due to take effect at midnight in Darfur.

Last-minute hitches had delayed the signing, a JEM spokesperson told Agence France-Presse, without saying what the problem was.

The signing had been set for about 4pm GMT but did not take place until more than two hours later.

On Saturday, representatives of the Khartoum government and the JEM inked a framework agreement in Chad proclaiming a “ceasefire” in the seven-year-old Darfur conflict.

Khartoum has long accused Chad of aiding the rebels, while Ndjamena accused Sudan of backing its own rebel groups, but the two presidents were reconciled in Khartoum this month, setting the stage for the Darfur accord.

The 12-point provisional deal offered the JEM, long-seen as Darfur’s most heavily armed rebel group, a power-sharing role in Sudan, where the first presidential and legislative polls in 24 years are to be held in April.

The first signing of the agreement in Chad at the weekend has been seen as a key step towards ending seven years of war and devastation in the Darfur region of western Sudan.

The conflict has claimed about 300 000 lives and displaced 2,7-million people, according to UN figures, since it broke out in February 2003. Sudan puts the death toll at 10 000.

But it has also seen a splintering of rebel groups, fighting against the marginalisation of their region, into small factions, making efforts to seal a lasting peace in the troubled region a massive task.

Refusal to enter talks
A ceasefire with the JEM would close the most active front in Darfur, but smaller rebel groups, such as the faction of the Sudanese Liberation Army of France-based exile Abdelwahid Nur, have refused to enter talks with Khartoum.

One of the smaller factions, the JEM-Democracy, also has turned its back on the accord, saying it was biased.

On Monday, Sudan’s president said the ceasefire deal marks the “start of the end of the war” in Darfur, and hoped for a “comprehensive peace” ahead of the April polls.

This year will “mark a new Sudan, stable and peaceful, a united Sudan, by the will of its people”, al-Bashir said.

Washington has hailed the ceasefire deal as a “significant move” towards formal negotiations due to resume in Qatar, which has been hosting talks between Khartoum and Darfur rebels with UN and African Union officials.

Britain also praised the accord, with Africa Minister Glenys Kinnock saying “all sides in Sudan must now urgently redouble their efforts for peace”.

Al-Bashir’s adviser on Darfur, Ghazi Salaheddine, who inked the framework accord with JEM leader Khalil on Saturday, has also said he hoped other rebel groups would enter talks with Khartoum.

This arrangement “does not exclude other movements, specially those who come to the Doha process, we are open to them,” he said.

On Tuesday four of the small groups announced that they were emerging to form the Liberation Movement for Justice and also hoped to come to an agreement with Khartoum.

The framework accord calls for the JEM and Khartoum to “launch immediate discussions to reach a [final] agreement”.

In 2008, a JEM assault on the Sudanese capital brought it to just across the Nile from the presidential palace in the first-ever such offensive by a Sudanese rebel group. The fighting cost at least 220 deaths. — Sapa-AFP