Terror in the name of tradition 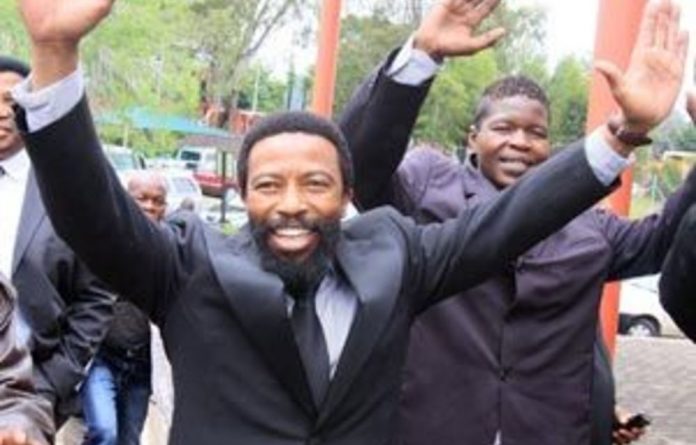 A firm believer in the development of customary law by the people, not just their leaders, I fear that ordinary poor, rural citizens stand little chance of being heard as the juggernaut of ever-increasing institutional support fortifying the powerful position of traditional leaders tramples their rights while putatively protecting “custom and tradition”.

Several recent and pending legal developments also promise a significant year for traditional law. In October the North Gauteng High Court handed down judgment in the challenge by four communities to the controversial Communal Land Rights Act of 2003, finding that 17 subsections of the Act were unconstitutional. The Constitutional Court will now hear the matter on March 2 and 3.

In 2008 the Traditional Courts Bill aroused community resistance to its possible unconstitutionality. Parliament allowed the Bill to lapse before last year’s elections, but the new portfolio committee on justice revived it in July 2009. The committee has to decide if and how it will consult with the 17 million-strong rural population affected by the Bill. (The Bill itself states that the justice department drafted it in collaboration with the National House of Traditional Leaders.)

Secession
Amendments were made in November to the Traditional Leadership and Governance Framework Act of 2003 — but there was controversy over both their content and the fact that MPs were given little time to consider the 50 pages of changes. These concern the recognition of kings and queens and their councils, as well as principal traditional communities, leaders and councils; the establishment of traditional subcouncils; the remuneration of non-traditional leader members of councils; the definition of the commission on traditional leadership; and the extension of time frames for converting traditional and community authorities into traditional councils.

Most topically, after the king of the amaThembu, Buyelekhaya Dalindyebo, was sentenced in December to 15 years in jail for crimes against his subjects, the “kingdom” threatened to secede and take 60% of South Africa’s territory with it. Official notice of secession was issued on January 14 this year.

Derided by many, this development might be perceived to be irrelevant. Yet a close study of the king’s criminal acts, and his brazen claims about his authority, tells us something disturbing about the impact of the government’s support for particular versions of custom and authority.

Dalindyebo was found guilty of arson, kidnapping, defeating the ends of justice, assault with intent to do grievous bodily harm and culpable homicide. His subjects had supposedly committed offences in his jurisdiction and failed, when punished by him, to make amends as ordered. The king had imposed punishments including fines of R1 200 and six cows, arrest, being stripped naked and beaten with a sjambok (by the king), and a similar beating by community members that resulted in a boy’s death.

When one “accused” failed to pay his fine in full, Dalindyebo instructed that the family’s belongings be removed, set fire to the four rondavels, livestock and kraal on the property and took the accused’s family into captivity for a day, demanding that the accused leave his area. Another accused’s belongings and home suffered a similar fate. Most brutal was the punishment of the father whose son died from the community’s copycat beatings. He was fined 15 cows for the boy’s alleged offences –after his son’s death.

Exemption?
Dalindyebo insisted that he was merely enforcing law and order and thus presumably exercising his authority as king. He later accused Judge Sytze Alkema of having shown insufficient reverence for his status and culture (conflated with race). His lawyer, Votani Majola, claimed Thembuland’s sovereignty on the basis that “the land belongs to the traditional leaders”. The implication is that this exempts the king from observing South African criminal law and basic rules of humanity. Significantly, some traditional leaders have spoken out against him in this.

So, what connects Dalindyebo’s case with the other developments concerning traditional law that I have recalled?

The challenge to the Communal Land Rights Act is critical to the entire package of legislation that shores up traditional leadership. By enabling transfer of ownership to the “traditional community”, placing it under traditional council administration, the Act gives traditional leaders the ability to control even property that is privately owned by families, subcommunities, trusts and communal property associations. “Tenure security” in Section 25(6) of the Constitution cannot mean this.

Second, if the Traditional Courts Bill were in operation, many of Dalindyebo’s actions would have been consistent with his statutory powers as sole presiding officer of the traditional court. The Bill outlaws punishment by banishment in criminal, but not civil, cases. The Bill also allows denial of customary entitlements, which may include land rights –especially if (as under the Communal Land Rights Act) that land is controlled by a traditional leader who is also sole presiding officer.

Finally, all this suggests that what is protected by the package of traditional leadership legislation is not culture, primarily, but the claims to land, power and status of traditional leaders. The land tenure, cultural claims and power of “the few” are secured over those of the populace.

Ultimately, the controversies over both the Act and the Bill are, as Thembeka Ngcukaitobi recently argued, about traditional authority and its limits under the Constitution. Who possesses power over themselves, and who possesses it to rule over others, and hence their land, disputes and very bodies? Are rural residents indeed free citizens of a democratic South Africa, with the same rights (to life, home and dignity) as all other South Africans? Who has the voice to speak, and loudly enough to be heard, when they try to say what their culture does (or does not) look like, and what they do (or do not) want for their children’s and their lives?

One only hopes that the Constitutional Court will confirm the North Gauteng High Court’s decision on the Communal Land Rights Act, stop the juggernaut dead in its tracks and give voice to such presently muted voices as the victims of Dalindyebo’s abuses.