Waratahs out to stop runaway Bulls 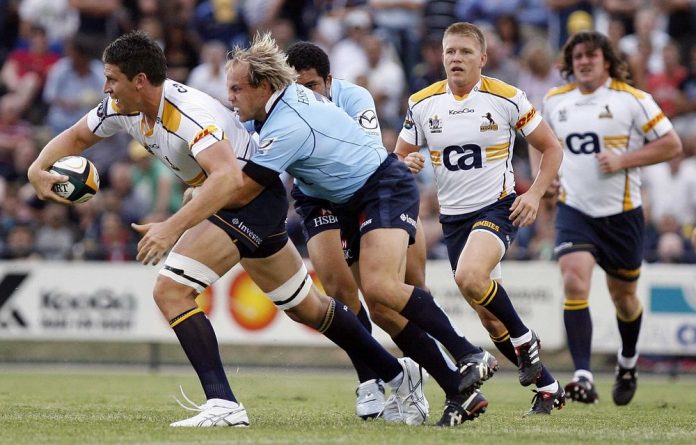 The Waratahs will have the onerous task of stopping the Bulls’ juggernaut at their Pretoria fortress in this weekend’s third round of the Super 14.

The defending champions have swatted away the Cheetahs and Brumbies in a maximum-point start to the new southern hemisphere provincial season and the Waratahs are next up at Loftus Versfeld on Saturday.

It has been an ominous start to the new campaign for Frans Ludeke’s Bulls, racking up 101 points and stretching their winning home run to 12 games, going back to their last Pretoria defeat in April 2008.

The Bulls have won all of their last four matches with the Waratahs, but their last two home wins over the Sydneysiders have been close: 16-13 two years ago and 26-17 in 2006.

The Waratahs, two-time finalists and fifth last season, have reacted to last week’s 27-6 loss to the Stormers in Cape Town by shifting Wallabies recruit Berrick Barnes to inside-centre and bringing in Daniel Halangahu at flyhalf.

“We have gone through two games playing reasonably well and we are improving by the minute,” Bulls’ defensive coach John McFarland said.

“It doesn’t bother me that we have allowed 66 points through because at the end of the day what really matters is the wins.”

Fellow South Africans, the Stormers, have also made a winning start to the season and host the Brumbies on Friday.

The Canberra-based team will be a good guide as to how the Stormers will fare this season having won just one of their last 11 encounters with the Brumbies.

Outstanding defence
The Stormers’ 10-point win in the corresponding match at Newlands two years ago ended a sequence of nine defeats and a draw which had stretched back to 1998.

“Our defence has always been outstanding. It has always been a key thing for the Stormers side,” coach Allister Coetzee said. “It is important to maintain it and improve on it.”

The Brumbies are looking for a wholehearted 80-minute effort after the Bulls piled on 30 successive points against them in the second half last weekend to win 50-32.

“There’s no doubt this is a key game for us,” Brumbies’ coach Andy Friend said. “If we can leave Perth and South Africa with two wins from the first three weeks — and seven of our next nine matches at home — it has the potential to set us up for a successful season.”

Former All Blacks flyhalf Carlos Spencer returns home with the struggling Lions for Saturday’s match with the second-placed Hurricanes.

The Lions have lost their opening two matches and Spencer has struggled to recall any of his past teams scoring 65 points and losing as the Johannesburg team did last week against the Waikato Chiefs 72-65.

The third-placed Chiefs, who won both their matches in South Africa, will be without winger Sitiveni Sivivatu and lock Craig Clarke for Saturday’s match against the Western Force in Perth.

All Blacks Brad Thorn and Wyatt Crockett return for the bruised Crusaders for the first time this season while Richie McCaw will come off the bench against the Sharks in Christchurch on Friday.

The Crusaders suffered their heaviest defeat in six years in going down 41-20 to the Reds in Brisbane last weekend.

Elsewhere, the Reds have their third straight home game against the Blues and the Cheetahs host the Highlanders in Bloemfontein. — AFP