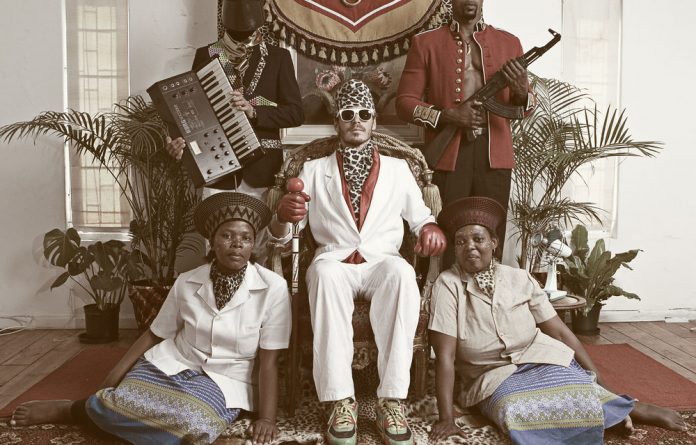 How was Gazelle conceived?
It came a long way through a journey of discovery and started with a new music project that developed into something much larger than the music itself … We built Gazelle as a brand that doesn’t limit itself to any art form.

Your first album, Chic Afrique, mostly consists of English dance songs. Are you still experimenting with dancing in Afrikaans?
We dance a lot in Afrikaans! Just keeping it under cover, working on it bit by bit. We have a few more pieces in production but we rather focus on one song and really make it mean something for my culture.

How is Gazelle different from other local dance acts?
We work damn hard. We aim at taking bits and pieces from different South African cultures and place it into one show. During a free concert in Khayelitsha a stranger walked up to us and said we create more reconciliation through communication and sharing than any politician he had ever seen.

In the video for Die verlore seun you are dressed as an Idi Amin-like dictator, sitting on the golden chair, chromed cane in the hand. Are you making a statement about African politics?
Of course, African politics is the most entertaining show at the moment. I mean yesterday the newspaper ran this picture of one of our members of Parliament bathing himself in Dom Pérignon!
I mean it’s a real soap opera. It’s very sad but also ridiculous that we accept it. So for us to fight against these dictators we live under, we must use satire to comment on their actions.

How does the local music scene compare with what you hear in the rest of the world?
The talent is all here and that is great. Where we lack on a massive scale is professionalism in the music business.

Is Gazelle working on a new project?
Yes. One of the biggest is our first fashion collaboration we are doing with The Inoue Brothers for some of the most influential design stores internationally. Our next full-length album is in production and will be released towards the end of the year.