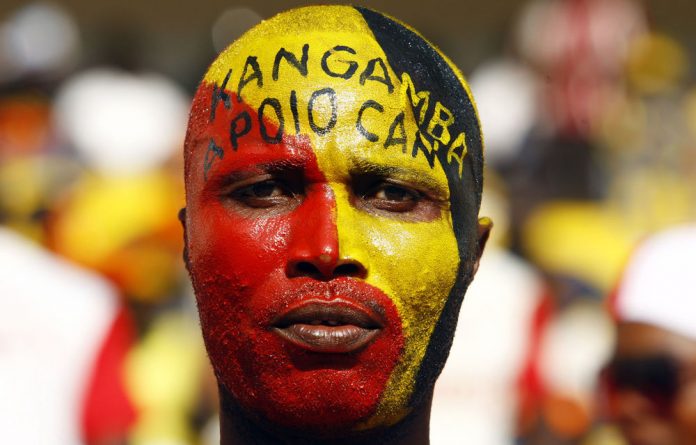 For now let’s forget about Côte d’Ivoire; Ghana is likely to fly Africa’s flag high during the 2010 Fifa World Cup.

Without their star players such as Michael Essien, Stephen Appiah and Sulley Muntari, to name a few, the Black Stars surprised many football followers at the recent Africa Cup of Nations in Angola by reaching the finals of the tournament with a young and inexperienced team. Imagine what the Black Stars can do with their star players back for the world football showpiece in June.

Ghana was the first African team to qualify for the 2010 Fifa World Cup. They are up against Germany, Australia and Serbia.
Milovan Rajevac, Ghana’s national football team coach, who spoke to the Mail & Guardian through a translator this week, said he expects his team to reach the finals of the World Cup.

“We are on top of our game right now and we should use this opportunity to achieve greater things. I’m pleased with the way my team performed at the recent Afcon. Remember most of our star players were injured and we had to throw the youngsters in the deep end but they didn’t disappoint.

“Right now what I’m doing is finding the perfect mix for the World Cup. I want to take a group of youngsters and mix them with the experienced players and we’ll have a balanced team.

“I intend to use our coming friendly matches to look at our youngsters. Back home people are behind the team and are expecting us to perform like we did in the Afcon. The reception we received even though we lost was great. My goal for the World Cup is to do as we did in the Afcon, get through the knock-out stages and advance step by step to the final,” said Rajevac.

The Serbian mentor is a no-nonsense coach. He proved this at the Afcon when he dropped Inter’s star midfielder Muntari from his squad following his absence from camp without permission ahead of an international friendly against Angola last year. Rajevac followed up with Muntari at his Italian base but he didn’t show up to try to solve the matter.

The matter has since been resolved between the two and Rajevac maintains that there is no place for ill-disciplined players in his squad.

“I want to have the best squad for the World Cup, which is why we won’t tolerate ill-discipline from any player. The only thing that can prevent us from getting the best players is injuries because that we cannot avoid. I recently spoke to Muntari who told me that his biggest wish is to play for the Ghana national team again and that was convincing enough for me to select him again for future matches. You will see him feature in more games.”

Rajevac also expressed his satisfaction about the Black Stars base camp.

“We will be staying at the Rhode Valley Hotel and training at the Eesterus stadium. I have seen the facilities and I’m happy to take my team there. We will not disappoint during the tournament. We aim to finish on top.”

Rajevac was at Sun City in Rustenburg where he attended the team workshop. It was attended by 19 coaches from the 32 participating nations, media officers and team managers, and was aimed at providing the teams with a detailed introduction to and insight on every aspect of the tournament.

His image was used to sell pineapples in Europe. But he knew nothing about it – and they got his name wrong
Read more
Africa

Too often, governments talk the talk on gender equality, but fail to walk the walk
Read more
Sport