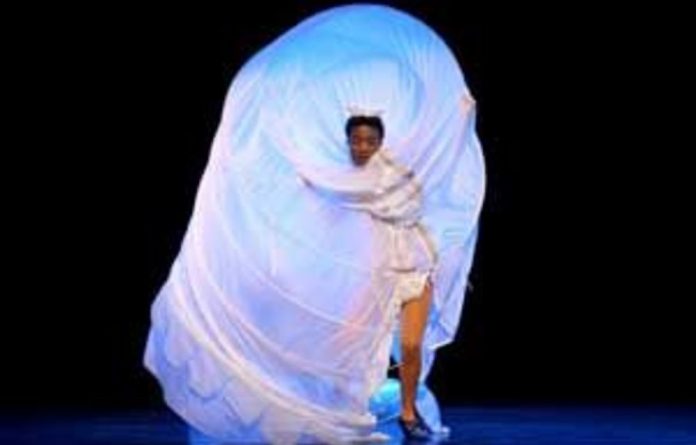 The eloquence with which Nelisiwe Xaba voices her opinion on the legacy of apartheid, unfulfilled promises by politicians and the life of Sara Baartman destroys a perception in some media circles of the dancer and choreographer as aloof and uncommunicative.

It’s a point I make to the Soweto-born Xaba as we walk from Kaldis in Newtown, Johannesburg, where she was sipping drinks with friends, to the Market Theatre, where we have our two-hour talk.

“I am shy,” says the dancer who studied at the Rambert School in London in the mid-1990s.

This restraint extends even to the stage where it serves her quite well. As she makes those sharp twists and turns, she’s freed from the inhibitions that come with eye contact. “I don’t know my audience, although they know me. In fact, I don’t actually see them,” she says.

It’s not that she has to make a lot of eye contact with multitudes; seats are unoccupied and actors’ voices echo back in empty theatres. “People aren’t interested in theatre. They are too comfortable sitting on their couches in front of the box. Why do I spend money [advertising] if people are not going to come?”

It could be because she’s active in dance, a relatively inaccessible genre, I say. Musicians don’t face similar difficulties. “Art is not accessible,” she says quietly but with intensity. “One is trying to make something new … [and] if people are not interested in art, it means they are not interested in new things.”

Xaba, who recently returned from a performance tour of France, has noted the “racial demographics” of those who come to the theatre. “It’s mostly white people. It’s very odd; it’s very sad, too. When I create my work, I am not thinking about European audiences. My work has relevance for everyone, but more so for the black person,” she says, and makes reference to The Venus, her solo production that dealt with the exiled, museum figure of Baartman; it also explored society’s notions of beauty.

‘It’s not about location’
The fact that black people don’t go en masse to watch contemporary dance has nothing to do with “economics; it’s not about location”, she says. The would-be black audience is just not exposed to, or aware of, the importance of new performance works.

“I need to find ways of continuing,” Xaba says. “If you are selling a product that people are not interested in, it means you need to do some homework,” she adds, despondency never far away.

“I am interested in the person, not the artform,” she says of her collaborative effort with writer Lesego Rampolokeng on Bantu Ghosts, an intensely poetic tirade against power and the ills of the South African post-colony. Rampolokeng’s recitation ended with a nod at perpetual revolution. I wonder aloud whether a society that’s always in a state of morphing and reinvention can, in the long term, hold firm at the edges.

“We haven’t had any revolution,” she says, disagreeing. “It doesn’t mean people have to die. In France there’s always a strike. It shows that revolution is perpetual. You keep going. Things are never fine.”

The Venus examined the European voyeuristic gaze at the black woman and the pervasiveness of Western standards of beauty. As a dancer, Xaba is aware of and toyed with “exotic perspectives”, but for her the black body “is just another body”. By using a variety of props that distend her posterior and by putting on “white” hair products, Xaba is poking fun at modern standards of beauty.

“The standard of beauty is Eurocentric,” she begins, “and it’s to this standard that we have to adjust. The slim body is the one that is beautiful. That’s why in the 1960s they [the Black Panthers] had to declare that black is beautiful.”

There’s no difference, she argues, between protest theatre and what she does. “I am not singing the praises of our beaches, big five; somewhere [in what I do] there’s protest. But now people don’t want to hear about politics. We’ve been there, done that.”

Black! … White?, her collaborative production with Carlo Gibson, will be performed at the coming FNB Dance Umbrella. It will explore racial and social stereotyping, using the backdrop of, you guessed it, South Africa.

“I have travelled enough to know that race issues are world issues,” says the peripatetic dancer who has toured Europe, Africa and the United States.

Back at home, the shocking truth is that Xaba is sorely in need of recognition. It’s probably because her work dares to question the popular narrative of our reconciliation.