In the heart of District Six 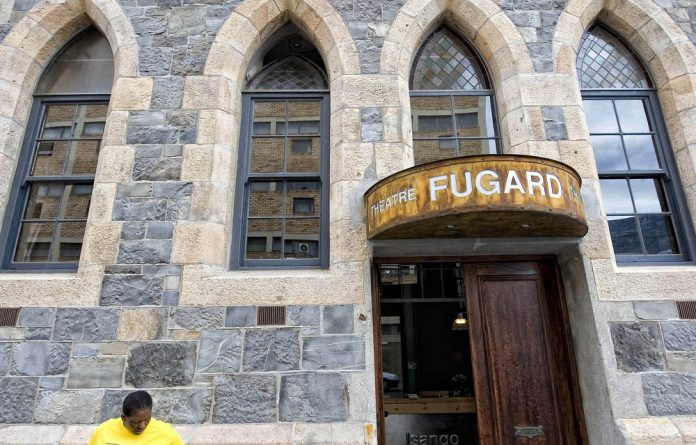 District Six, in the east end of Cape Town, was once one of the most culturally mixed neighbourhoods in South Africa. Then, in 1966, the government declared it a whites-only area and began a forced eviction, ultimately driving out 60 000 black, mixed-race and Indian people. District Six became a symbol of the apartheid era — and of the struggle to defeat it.

Many weapons were used in that struggle. One was the pen of Athol Fugard, who savaged apartheid in dramas such as The Island and Sizwe Banzi is Dead. Fugard, once described by Time as “the greatest active playwright in the English-speaking world”, has now been given an unusual honour: a new theatre has been named after him — and it’s in District Six.

The Fugard is home to an all-black company, Isango Portobello. The inaugural season kicked off last week, in the presence of Fugard, with two Euro-African fusions already known to London audiences: the Olivier award-winning The Magic Flute (Impempe Yomlingo), and The Mysteries (Yiimimangaliso). But next month will see the world premiere of a work by Fugard, The Train Driver, which he says “may be the most important one I’ve ever written”.

But now that apartheid is over, what does he have to say? “In the old South Africa I tried to tell stories about desperate fellow South Africans,” he says. “There are still enough of them around today to keep me busy. The euphoria of those early days of freedom has worn off. There are bitter disappointments now: the government’s handling of the Zimbabwe crisis; the tragic death of hundreds of thousands of South Africans because of an unbelievably stupid policy on Aids; corruption in high places …”

Redeveloped from two warehouses and a church at a cost of R18-million the theatre looks, from the front, like a cramped gothic-style church. But step into the foyer and it becomes airy and spacious — a vision of red bricks, steel supports and restored antique wood. This is the old church hall, which, with its high ceilings and stained-glass windows, also makes a magnificent rehearsal space.

At the helm of the theatre is a Yorkshireman. A decade ago Mark Dornford-May, from Goole in the East Riding [northwest England], was running Wilton’s Music Hall in London. He came out to South Africa for an eight-week stint and did not leave. “I love South Africa,” the 54-year-old artistic director says. “I love its democracy, its lack of pomposity. It’s a fantastic country, a brilliant place to work. There’s none of that bloody nonsense you get in British theatre. You can be much more dangerous — and your impact can be much greater than ever it could be in London.”

He describes Fugard as South Africa’s greatest theatre practitioner. “Athol was working with mixed-race groups in 1958. The work that was achieved then, like The Island, is remarkable and he’s maintained a steady output of extraordinary plays. For me, it’s hugely important to be here. District Six is one of apartheid’s biggest monuments. We feel that we’re moving back into the area.”

Ten years ago Dornford-May began building a theatre company drawn largely from the township of Khayelitsha on the outskirts of Cape Town. The result was Isango Portobello, now a 35-strong group that has toured internationally to great acclaim with musical productions that mix English, Xhosa, Zulu and Afrikaans. How has being in the troupe changed their lives?

“On a simple level,” says Dornford-May, “people are buying cars. On a more complex level most people who join the company have never travelled internationally, stayed in a hotel or been to a restaurant. The fact they have now got passports and been to Paris, London and Tokyo gives them a different level of confidence and sense of dignity. They go to restaurants, whereas before they would have been hesitant and thought it wasn’t for them.”

Every production will have a distinct South African context. One forthcoming show is a musical adaptation of Robert Tressell’s novel, The Ragged Trousered Philanthropists. “Robert Noonan — pen name Tressell — was a radical Irishman who came here and fought against the British in the Anglo-Boer war,” says Dornford-May. “Once you know that, you see that in the book there is a lot about South Africa, about the exploitation of one class by another.”

As we sit talking in the stalls of the cavernous auditorium, the singer and actor Pauline Malefane enters, looking for somewhere to rehearse. Malefane, who grew up in Khayelitsha, was a memorable African Queen of the Night in The Magic Flute. She is also Dornford-May’s wife. He says their interracial marriage and mixed-race children are a sign of how far the “rainbow nation” has come since Nelson Mandela’s release.

“Twenty years down the line, I think the changes are bloody remarkable,” says Dornford-May. “If we’re building a theatre in the middle of Cape Town, the country cannot be on the edge of imploding. Whatever else the theatre is, it’s a place for intellectual pursuits. I’m convinced we’re on the right track.” —