Bakkies eyes comeback for the Bulls 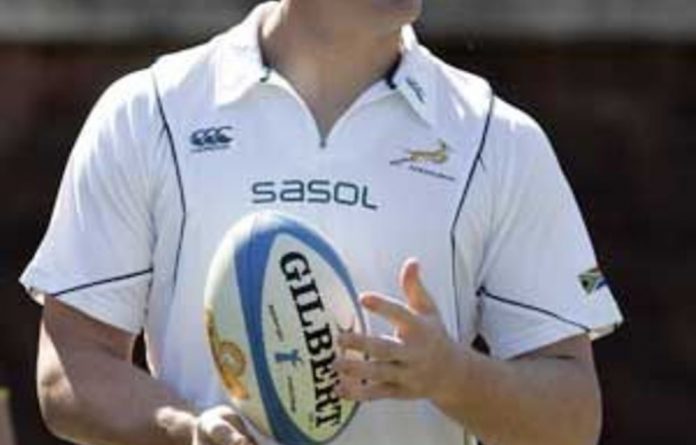 Springbok lock Bakkies Botha should be back on the field in five weeks time, but is in a race to be included in the Bulls’ touring squad to Australia and New Zealand.

The tour include matches against the Western Force, Blues, Chiefs and Reds and starts on March 24.

Botha is recovering well from an operation to his Achilles and is undergoing rehabilitation which includes swimming, cycling and gym.

According to the Bulls’ team doctor, Org Strauss, Botha will be ready to play in five weeks time.

Four other squad members will not join the team when they assemble again on Monday.

Jaco Pretorius (quad) will be ready in two weeks, with Akona Ndungane (broken leg) and Chiliboy Ralepelle (broken toe) back in three weeks. Frik Kirsten, who is recovering from a neck operation, will be back in four weeks.

Strauss has cleared Pierre Spies for action next week and Danie Rossouw has also received a clean bill of health after a neck strain.

Bees Roux (calf) will be on light duty for the next couple of days. — Sapa