Bulldoze to the final 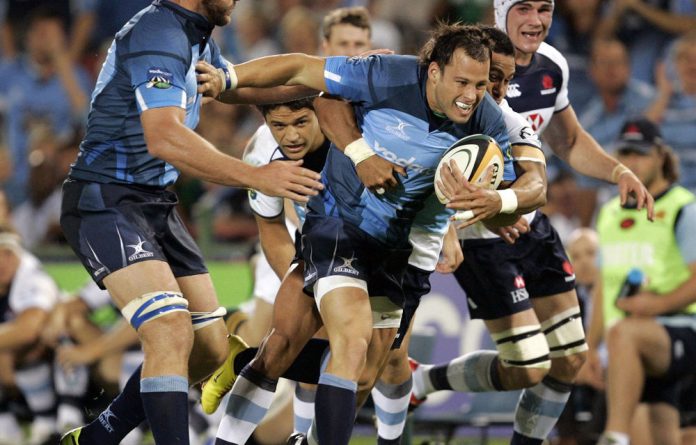 Three weeks into the final edition of the Super 14 you’d be hard-pressed to pick a team to play the Bulls in the final. Having secured a maximum haul of 15 points from their three games, the only fly in the blue ointment is that the Bulls have to sit out this week’s fourth round. It’s the earliest that the draw can give a bye and it may well come back to haunt Frans Ludeke’s men when the going gets tough during their overseas sojourn.

Nevertheless if you asked any of the other teams whether they’d like to swap places with the Bulls right now there would not be a naysayer in the house. Two other sides have an unbeaten record, but the draw has been kind to them so far. The Chiefs were blessed with a soft day to play the Sharks and a defence on leave of absence against the Lions in Johannesburg. They then flew home from Perth and registered a bonus point win against the Force, who will vie with the Lions and Sharks to prop up the log this year.

The Hurricanes also registered big wins against the Lions and the Force, while the draw favoured them when they played the opening fixture of the season against the Blues. The decision to play the game in Albany instead of Auckland had its usual deleterious effect on the Blues, who went down 34-20.

The Hurricanes now embark on a three-week tour of South Africa where their unbeaten record will be tested by successive fixtures against the Cheetahs, Stormers and Bulls. The Chiefs have the more sanguine prospect of home games against the Reds and Crusaders before taking a bye and if they win both of those games, as they should, the prospect of a repeat of last year’s Bulls and Chiefs final looms.

When the Bulls return from their break they play the Highlanders and Hurricanes at Loftus before taking the nine-hour flight to Perth for the fixture against the Force. A few seasons ago it would have been politic to look for banana skins in the path of the blue machine, but the way they have dealt with their challenges thus far suggests there has been a massive mind shift in the camp.

Much of it has to do with sustained success: they have won the title twice in the past three seasons. But there’s more to it than that. Over the past three weekends the Bulls have scored 51 points, 50 and 48 in dispatching the Cheetahs, Brumbies and Waratahs.

Against the Chiefs in last year’s final they scored 61 points in a one-sided rout. They didn’t used to be able to do that.

It all goes back to the evening of May 5 2007 when the Bulls needed to beat the Reds by 72 points to earn a home semifinal. They put on such a display of power rugby that the Reds were humiliated 92-3. They scored 13 tries that day and it remains a Damascene moment in the team’s history and psyche. When the going gets tough — as it did against the Waratahs last week — the team delves into its collective subconscious and remembers how good it is.

Time was when a cornered Bull would try to grind it out, taking the ball through the phases, battering away at the try line and, ultimately, knocking on. The new emphasis on removing congestion from the breakdowns consigns that tactic to the dustbin of history. The Bulls may be conceding more points than they would like to, but as long as they score more than they concede, all’s well with the world.

Far from revealing the Bulls as a one-trick power pony, the refereeing of the breakdowns has encouraged them to express themselves. Furthermore, the great Fourie du Preez doesn’t have to put blinkers on any more when he takes the field. Finally there is more to rugby than the kick and chase. Long may it continue.

Needless to say the scene is a good deal less rosy at the other four South African franchises. The Stormers want to be regarded as genuine semifinal prospects, but they need to win the tight games if that is to be the case. That means not throwing speculative passes inside your own 22 when the scores are level with less than 10 minutes to go.

Coach Alistair Coetzee claims his team could have scored seven tries against the Brumbies, and Pieter Louw was undoubtedly unlucky to have a try disallowed by the TMO. But good teams find a way and it is impossible to believe that this Stormers side could score 92 points against an Antipodean opponent if it really needed to.

As for the Cheetahs, a first away win in four seasons a fortnight ago proved to be a flash in the pan. Against a very limited Highlanders team the Cheetahs were overly reliant on their Springbok flankers, Juan Smith and Heinrich Brussow. When one or the other was not near the ball a lack of direction asserted itself. All in all it looks like being a long, hard season for our sides — with one notable exception.