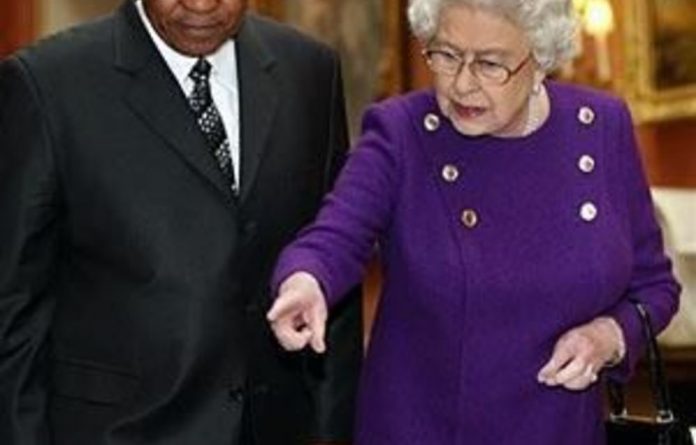 President Jacob Zuma will return home on Friday from his visit to the United Kingdom with good news for South Africa but bad news for the Southern African Development Community (SADC).

At a meeting with Gordon Brown on Thursday, Zuma failed to persuade the British prime minister to drop European Union “smart sanctions” against the Zimbabwean elite — although Brown did agree to support the reinstatement of Zimbabwe’s voting rights at the United Nations.

SADC had asked Zuma to appeal for EU sanctions to be dropped on the grounds that they are an impediment to progress towards full democracy there.

The EU recently extended sanctions by another year. And Zuma told Brown that visa restrictions on listed Zimbabwean ministers hampers their work.

But Brown said Britain’s stance would be reconsidered only if the Zimbabwean commissions for human rights, press freedom and free and fair elections were allowed to operate unhindered.

South Africa believes Zimbabwean president Robert Mugabe uses the sanctions to delay real reform changes, whereas the EU insists they have no relevance for people on the ground and the promotion of democratic practice.

The good news for South Africa is that a $3,75-billion World Bank loan is on the cards for Eskom. Zuma canvassed and informally secured British support for South Africa’s application for the loan to beef up the country’s energy supply by building more coal stations.

Eskom is preparing to build two large coal-fired plants. A 4 000MW plant at Medupi in Limpopo will account for $3,1-billion of the World Bank loan, the rest will be spent on renewables and energy-efficiency projects.

No official announcement of the loan was forthcoming this week, but those privy to the matter say the two countries share the same predicament. Like South Africa Britain needs to increase its coal-fuelled electricity supply while it waits for nuclear power stations to be built.

The British anti-coal lobby is against this plan, and Brown is unlikely to pronounce on it before the British national elections, due before June, for fear of damaging his electoral support.

Endorsement
Zuma has written to World Bank president Robert Zoellick calling the loan a strategic national priority. Eskom will invest in “cutting-edge, air-cooled supercritical technology being installed for the first time on the African continent”, he writes in the letter, which the Mail & Guardian has seen.

World Bank officials are confident that the loan will be approved. “The view of the World Bank is that this is a loan supporting South Africa’s reconstruction and recovery after the recession,” a bank official told the M&G.

Brown also urged Zuma to support Britain’s bid for the 2018 Soccer World Cup; insiders say South Africa agreed to “talk up” the bid but would not give a formal endorsement.

Said one: “Countries vote strategically when the time comes, so we will not endorse any country because then we may have trouble when we get to the voting.”

Zuma’s visit to the UK is said to be particularly significant because of the extraordinary relationship between the two countries. The queen wanted to host the South African head of state because she has a “particular fondness” for South Africa; her first overseas trip was to the country in 1947 with her father, King George VI.

Jan Smuts and Nelson Mandela are the only foreign leaders whose statues stand in Parliament Square, along with those of former British prime ministers.

Zuma’s visit got off to a rocky start in the media when one columnist called him a “vile buffoon”, but coverage toned down as the South African president’s visit proceeded.

His advisers said on Thursday that the characteristic Zuma charm on display at the Downing Street press conference following his meeting with Brown was expected to encourage warmer coverage.