From the classroom to the battlefield 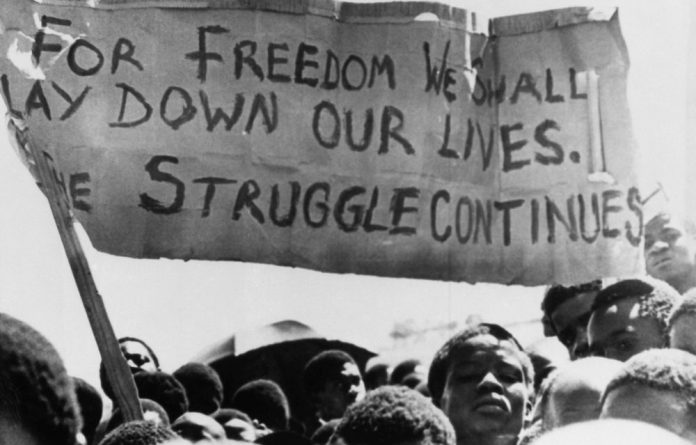 The Honour to serve: Recollections of an Umkhonto Soldier
by James Ngculu (New Africa Books)

James Ngculu, an Umkhonto weSizwe (MK) soldier and former chair of the parliamentary portfolio committee on health, narrates this story about our past with simplicity.

He makes no attempt at a complicated analysis of serving in MK. Rather, he provides the reader with plain and nostalgic recollections of his journey from the Cape Flats to the destination called exile; of his experiences as a soldier; of being a member of the ANC and the South African Communist Party (SACP); of his travels in Southern Africa and socialist Europe; and of the circumstances under which many exiles returned to South Africa.

The book reads like a semi-autobiographical account of exile, but it is mostly about the June 16 Detachment of MK in Angola. This is a story shared by many young people who left the country in the aftermath of the Soweto uprising on June 16 1976. The forays into exile of the 1976 generation are painfully similar; it almost appears as though they had one exile recruitment agency.

Full of passion and innocence, Ngculu and his friends left South Africa with little money and no clothes. After a few days at a safe house in Soweto, they boarded a train for Zeerust, disembarked and then began a long walk. They literally jumped a “fence” into Botswana. This first part of their journey into exile “was uneventful, except for the singing of revolutionary songs, until we met a roadblock outside Johannesburg. The road was teeming with members of the South African Police and South African Defence Force.”

The irony of that situation is lost in the simple narrative that seems to downplay the dangers that these young people had chosen to take on.

Ngculu then takes us into exile, first explaining the administrative and logistical processes for new arrivals, including the changing of their names and their registration as refugees with United Nations agencies. He talks about the excitement of going through military training and political education.

Then he takes the reader through his own political and ideological development as he travels to other countries and learns more about history and politics. He also rises within the ranks and gains leadership positions in MK, the ANC and the SACP.

But a great deal is dedicated to Angola in the book. Ngculu explains how that war-ravaged country dispelled any romanticism about armed struggle.

Although being an MK soldier and understanding the discipline that goes with that is an honour, Ngculu does not shy away from the frustrations and utter despair that many recruits felt in the camps. These had many causes, but two come across quite strongly: idleness and abuse of power. Ngculu writes: “The most traumatic thing in the camps was waiting. This waiting became the source of all our frustrations and feelings of despondency.”

As repression inside South Africa intensified and young people were in revolt against apartheid, the ANC declared 1981, the 29th anniversary of MK, as the “Year of the Youth”. Ngculu says these developments generated a lot of discussions and many agitated for more armed action inside South Africa and complained to Oliver Tambo about staying too long in the camps. Although few and “specialised” units were sent inside South Africa, many trained MK soldiers remained in the camps in the forward areas and in Angola.

Tambo requested MK soldiers to document their complaints and these pointed at the command structures and the security department, as well as poor command and control in the forward areas. At this time, Ngculu says, they were aware that many of their comrades had been withdrawn from the forward areas and sent back into Angola. He says “some people were withdrawn to Angola because of misunderstanding … Others because they challenged certain tendencies of their commanders, while others were withdrawn because of ill-discipline. It became clear that Angola was used as a dumping ground. People feared it as a sort of Siberia.”

Although Ngculu does not condemn outright the abuses that took place in the camps, he does provide a political context for it. He offers a picture of the events that led to the mutiny. This is detailed in chapter 11, “From ‘Shishita’ to Mutiny”, which is a gripping account of infiltration by apartheid agents, the prominence of the ANC’s security arm and how fear and suspicion gripped ANC ranks, giving rise to the 1984 mutiny.

Ngculu writes: “In 1981 we discovered evidence of enemy infiltration and a network of spies and agents provocateurs which stretched from Angola to Zambia and the forward areas. It became clear that there was a grand plan by apartheid agents to step up their operations against the ANC.”

In response the ANC arrested and sent a large number of people to Morris Seabelo Rehabilitation Centre, notoriously termed Quatro. Ngculu says “a near state of emergency developed in the camps and other forward areas as fear gripped the ranks of the organisation. No one was certain of his/her position because under torture a person could admit even the most unbelievable things. The tales of those who had gone through torture would send shivers down your spine.”

The crackdown on enemy agents was followed by rooting out dagga smoking in the camps, which was equally brutal. Ngculu says these actions resulted in fear and uncertainty in all the camps in Angola. He writes: “A new atmosphere of fear was thus created. People suspected of being dagga users were severely beaten by the security department and other names would be revealed … Another form of torture was introduced — people were tied to a tree as part of punishment or they would be locked in a windowless container.”

Ngculu lists examples that include beatings. In some cases people were forced “to put on a heavy overcoat and stand in the centre of the camp in the scorching sun for a whole day”. At times these punishments were carried out by very young comrades who followed the orders of the security department.

Ngculu is direct in his prose, keeping his narrative and tone dry, and recollecting incidents with little emotion. But Ngculu does lose the dry tone in the chapter about the women of MK. Their story is yet to written in full, but Ngculu’s is a welcome contribution to the gender narrative about exile.

The book is painstakingly detailed because it is not only Ngculu’s story: it is about the pride of the 1976 generation, the appreciation of their personal sacrifice and the ability of the human spirit to adapt to hardship.

Thirty-four years after the Soweto uprising, The Honour to Serve helps others to appreciate the pain, suffering, scars, deep bonds, friendships and complex human relationships that come from the harrowing yet fulfilling experience of this generation.