Not quite run of the mill 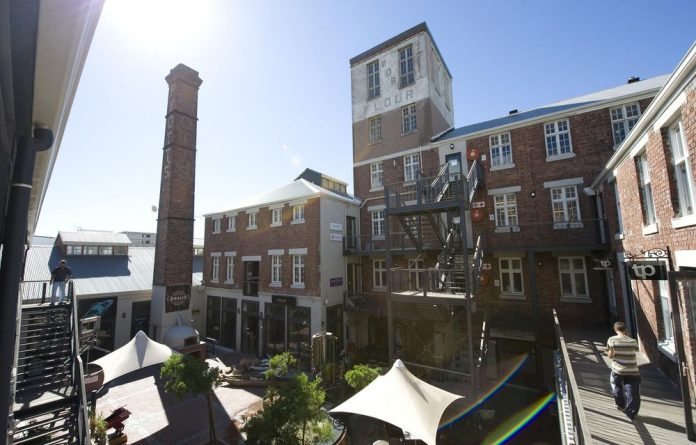 If we were not so alienated from the source of our food and completely ignorant of how its evolution is accelerated to our plate, we’d recoil in disgust. This is the view of Michael Pollan in his bestseller, The Omnivore’s Dilemma, a riveting piece of investigative journalism into the murky world of industrial agriculture in the United States. In it he follows the journey of corn from laboratory seed to cereal flake, and a steer from birth to slaughter.

Agribusiness is so out of sync with nature it is poisoning not only Americans but also the planet. Industrial fertiliser washed down the Mississippi into the Gulf of Mexico has created a hypoxic zone, destroying all marine life for 20 000km². Food in the US is riddled with antibiotics, petrochemicals and genetic manipulation (the results of which are indeterminable). All these horrors of production are absorbed by people. Pollan’s basic thesis is: we are what we eat.

“Slow Food”, the Italian-born worldwide movement against globalised food culture, is celebrating its 20th year. A lobby for sustainable, small-scale, diverse, ecologically sound farming practices, it aims to preserve culinary traditions and promote local farmers’ markets. Farmers’ markets have sprung up all over cities in the US. I visited one in Los Angeles that had small pens of livestock to teach the city kids the difference between a sheep and a goat.

To be honest, the real appeal of slow food is not its ethical altruism, leftist revolutionary zeal, or even saving the planet, but the gluttonous promise of tastier, all-you-can-eat, healthy, gorgeous food. Such connoisseur interests are catered for at the food market in the converted Old Biscuit Mill in Woodstock, Cape Town. Here, at last, I found the kind of olives one dreams about, real buffalo mozzarella from water buffalo that actually roam around a farm in Wellington, fresh pomegranate juice, papayas from Swaziland and the last of the artichokes.

Run by the “neighbour goods market”, the producers are generally expected to attend their stalls in person. The organisers favour fresh, seasonal, organically grown and artisanal food products, but it is a gourmet market at heart; I noticed some purveyors of flown-in fine foods.

Piped music from the 1920s plays, children eat shucked oysters — organic food is still a preoccupation of the urban elite. The health dimension is clearly an important marketing hook too, with antioxidant the buzzword. Many of the producers have sidelines of homeopathic remedies. A few inquiries and I had found miraculous cures for all those diseases that medical science is still struggling to treat.

Low sperm fertility count? Eat pollen. Mark Farah, a beekeeper, has created special screens that knock some of the pollen off his Cape honeybees when they return home. You can buy bottles of the male gametes of wild dandelion and pincushion proteas at his honey stall. Unlike commercial honey, which is mostly from eucalyptus or fruit orchards, Farah’s gourmet bees have hives in pristine sites around the Cape and up the west coast, kept well away from agriculture. His delicious range is well worth sampling.

Cheryl Castelein’s Funki Fungi mushroom stall is another treat. The ubiquitous, mass-produced button mushrooms you find in supermarkets spawn cheerfully on manure. Trying to produce shiitake and oyster mushrooms, which grow on sterilised wood chips, is another matter. The capital-intensive process requires strict control of humidity, light and temperature. Pickers in the pine forests of Mpumalanga and the Natal Midlands supply her stall with wild mushrooms and in the rainy season from the Cape mountains come cep (porcini) and pine-ring mushrooms. Sometimes they bring her wood blewits, known as the chicken of the woods, a large bracket-type yellow mushroom named for its taste. She also sells delicious wild mushroom paté and truffle oils.

On your way in or out, don’t miss Oded’s Kitchen, home to international chef Oded Schwartz. He has a fascinating range of preserves, sauces and pickles. He has just come up with a chocolate braai marinade (R85 for a 500ml bottle) that looks set to be a sensation for what’s left of this summer.

Beside the grocery stalls, there are numerous stands serving cooked food. This being Cape Town, you’ll find: a French patisserie, Simply Italian, Touch of Greek, the Belgian waffle stand, Flammkuchen (an Alsace version of a pizza), sushi, tuna burgers, bagels, a charcuterie with Spanish-style sausages and a smoothies bar. Never shop hungry, so before the crowds arrive, take breakfast here at one of the communal wooden tables. It’s a great start to the weekend.