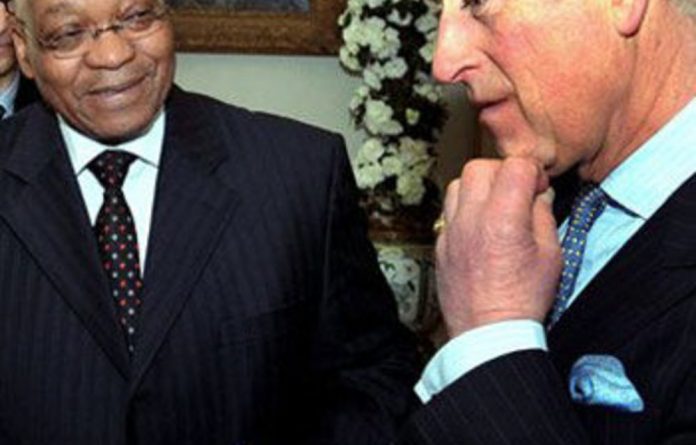 President Jacob Zuma should declare his financial interests for the sake of the law and transparency, opposition parties said on Sunday.

“The president is required to declare in an open and transparent manner all of his interests. He is required to do so because, as a public servant, he needs to be able to demonstrate that the decisions he makes cannot be influenced by his personal circumstances,” said DA parliamentary leader Athol Trollip in a statement.

Trollip added that Zuma, as president, was required by the law to declare his financial interests.

“That President Zuma has apparently still not declared his financial interests … demonstrates the level of contempt this president has for transparency in government.”

Trollip’s comments come on the heels of a report in the Sunday Independent that Zuma had not yet declared his financial interests.

‘Lack of clarity’
All members of Cabinet, including the president, are required to do so according to a code of ethics which was signed by Zuma in 2000 when he was acting president.

Former president Thabo Mbeki had declared his financial interests, according to his spokesperson.

In the report, Zuma’s spokesperson Vincent Magwenya said there was a “lack of clarity” over whether Zuma would have to declare his interests.

“There was a lack of clarity on whether he really needs to declare [his interests]. The lack of clarity was on the interpretation of the language in the Act,” said Magwenya.

“There was a feeling that no, he does not need to declare [them] and also, there was consideration of … precedents. The lack of clarity was partly [caused] by what people understood the practice to have been before,” he said.

Magwenya said that Zuma’s legal team was consulted for an opinion but missed a 60-day deadline to return with a response.

He said that if the opinion was that Zuma must declare his interests, then he would do so.

Independent Democrats leader Patricia de Lille was quoted as saying on Sunday that there was “no grey area in the law”.

She said Zuma had “no choice” but to declare his interests because Mbeki had done so.

“And if he did, then so should Zuma,” she was quoted as saying in Business Day.

Lifestyle audits
The Congress of South African Trade Unions has recently called for lifestyle audits of politicians and ministers.

General secretary Zwelinzima Vavi said over the weekend: “When we raised this issue, they said ‘No! You are putting us on the spot’,” he said at a SA Clothing and Textile Workers’ Union meeting in Durban on Saturday.

Vavi said the union federation believed that the issue of lifestyle audits was crucial in the fight against corruption in the public sector.

“We believe that you cannot be a people’s champion during the day but at night you count shares that have been obtained through exploitation,” he said.

He said MPs, members of provincial legislatures and local councillors supposed to be audited to prevent conflict of interests.

“We believe that the reason why they are rejecting it is because there are too many people who are involved in this practice,” he said.

He said life audits would not be done unless unions imposed it on them.

“The majority of ANC members are against corruption and patronage.”

There had been attempts to silence him and to divert the union’s attention, he said.

“They started by saying that I had a R6-million house and they also said that my wife was involved in tenders. They failed to bring proof,” he said. – Sapa

Endless, toothless internal integrity committees are not the way out of corruption
Read more
Advertising