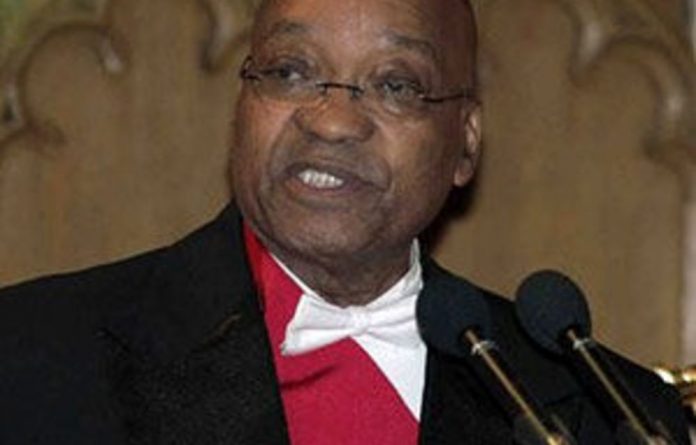 The African National Congress (ANC) on Tuesday distanced itself from comments attributed to it on the controversy surrounding President Jacob Zuma’s assets, saying its spokesperson, Brian Sokutu, was in “breach of protocol”.

“The comments attributed to Brian Sokutu by Sapa [the South African Press Association] were made in total breach of ANC protocol and also without any consultation with the ANC leadership,” said ANC national spokesperson Jackson Mthembu in a statement.

“The comments therefore do not reflect the standpoint of the ANC on this matter.”

The ANC would use its disciplinary procedures to deal with “any breach of protocol” by Sokutu.

“We regret the inconvenience caused to President Zuma and his family through these comments.”

The party believed the government and Parliament were adequately equipped to deal with the matter of Zuma’s declaration of interests.

Sokutu earlier told Sapa that the ANC regretted that its presidential choice, Zuma, missed the deadline to declare his assets to Parliament, but said the circumstances needed to be understood.

“We have a special case, in that we are dealing with a president who has a large family and therefore it is not easy,” he said.

This was after the revelation that Zuma had missed the 60-day deadline to declare his personal interests.

“We regret the fact that the deadline wasn’t met, but as I said before, it has to be understood,” said Sokutu.

“What you have to understand is the fact that the president has more than one wife and therefore it is a different set of circumstances and we are asking people to really respect that. He hasn’t said that he is not going to comply.”

Political analysts have insisted that the law — the Executive Members’ Ethics Act and the Executive Ethics Code — is clear on the matter, and that he does have to declare. The Democratic Alliance has asked the Public Protector to investigate the matter.

The fact that Zuma put together a legal team on the matter proved that he did not consider himself above the law, said Sokutu.

“We are as the ANC satisfied and confident that this process will be put in place and sorted out. A team was announced by the presidential spokesperson, therefore as the ANC we think that he has shown no disregard for the law.”

“As the Presidency has said, one of the provisions of the law deals with his family, and he has a big family and this is something that has to be taken into account.

“It’s not something that the opposition parties want — that you can just push and get it over as an overnight thing.” — Sapa