Who’s protecting the people of Jos? 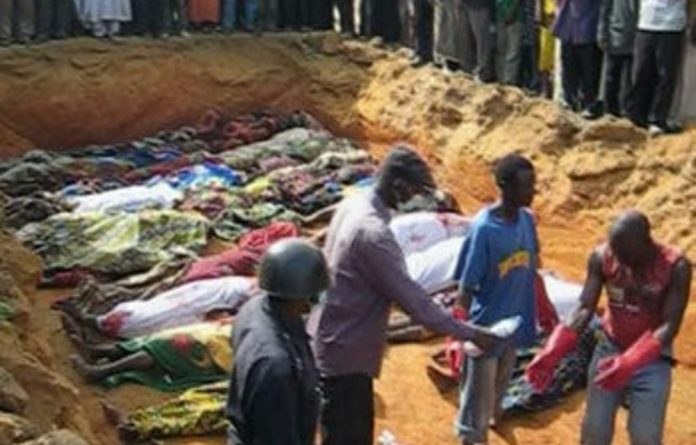 It has happened again. Is anyone surprised any longer when a “religious riot” occurs in Nigeria?

The latest one took place — once again — in the city of Jos, and the death toll is given as anything between 300 and 500 people.

Harrowing pictures of the dead have appeared in the media. Dogo Nahawa, a mainly Christian village about 5km south of Jos, was one of the settlements attacked by Islamist fanatics, apparently as a reprisal for killings earlier in the year. One resident said the Islamists, mainly pastoralists “from the surrounding hills”, attacked at dawn.

“They came around three o’clock in the morning and started shooting into the air,” he said. “The shooting was meant to draw people from their houses and then, when people came out, they started cutting them with machetes.”

Many Nigerians have greeted the new massacre in Jos with disbelief. They are wondering how a city in which hundreds of people have been slaughtered like lambs in various outbreaks of violence over the past 18 months could have been left defenceless to fall into the hands of marauding fanatics once more.

Everyone knows that these clashes have become a fact of life in the north of the country. Yet, the police are caught by surprise again and again.

Police service a ‘failure’
The pictures of carnage, coming hard on the heels of the exposure of extra-judicial killings by the police, have demoralised the population beyond measure.

This has led the minister for police affairs, Ibrahim Lame, to call his own police service “a failure”. He said: “The current rate of crime across the nation, rising cases of extra-judicial killings, human rights violations, robberies, high-profile assassination and deliberate failure to comply with government directives, are testimony to the sheer incapacity or wilful defiance of [the] police high command …”

The ‘Jonathan faction’
The Nigerian people are fed up with excuses and verbal parrying by law enforcement agencies. Unfortunately however, their demands are not about to be met.

This is because Nigeria has only yet to fully emerge from a paralysis of government caused by the illness of President Umaru Yar’Adua. He has just “returned home” after nearly three months in a Saudi hospital. Hardly any of the top people in the administration have seen him since his return.

He left Nigeria without any of the formalities that would have allowed the vice-president, Goodluck Jonathan, to rule in his absence. In exasperation, the senate voted to make Jonathan acting president.

Even though Yar’Adua is now back, he is still too ill to govern. He has endorsed the declaration of Jonathan as acting president by the senate, but there is too much distrust between the “Jonathan faction” in the government and Yar’Adua’s “kitchen Cabinet” for the government to be able to act firmly in the face of a crisis such as that caused by the religious riots. – guardian.co.uk