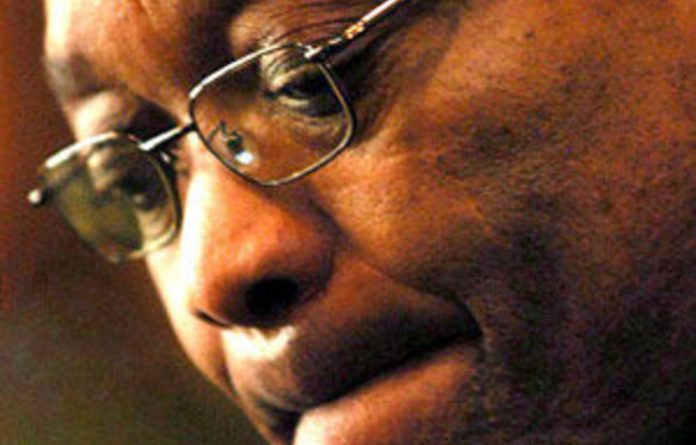 President Jacob Zuma finally declared his and his family’s benefits and interests on Wednesday, his attorney Michael Hulley said.

“President Jacob Zuma today provided a list to the Secretary of Cabinet containing any gifts, benefits or financial interests held or received either by him or by any family member, as required in terms of the Executive Ethics Code,” he said in a statement.

This followed the revelation that he had not done so within 60 days of taking office last year, which the law requires.

It caused an uproar from opposition parties, with the opposition Democratic Alliance (DA) asking the Public Protector to investigate the matter.

The declarations in the public and private parts of the register were completed in consultation with the Secretary of Cabinet, who was the director general in the presidency.

Former president Thabo Mbeki had declared his financial interests, according to his spokesperson.

Hulley said: “In deciding whether to accept or retain any gift, the president has applied the same high ethical standard he otherwise would have in respect of other members of the Executive.

No extraordinary value
“In any event, whilst these gestures are highly appreciated and of immense sentimental significance, none of the gifts are of extraordinary monetary value.

“The attendant delay in completing this task responsibly has created an opportunity for some to unfairly speculate without substance.

“The president does not hold any directorship, membership or shareholding in any company, either public or private, nor is he associated in any way therewith. The suggestions to the contrary are devoid of any truth and are regrettable,” said Hulley.

Previously the presidency said that Zuma had wanted to declare his interests, but there was a difference of opinion in his office on whether he was required to.

Zuma’s spokesperson Vincent Magwenya said there was a “lack of clarity” over whether Zuma would have to declare his interests.

“There was a lack of clarity on whether he really needs to declare [his interests]. The lack of clarity was on the interpretation of the language in the Act,” said Magwenya.

Zuma once faced charges of racketeering and corruption in a legal battle that spanned for years and saw his financial advisor Schabir Shaik’s convicted for corruption and fraud. The National Prosecuting Authority (NPA) dropped the charges on April 2009 just before the national elections that saw Zuma win the presidency.

General secretary Zwelinzima Vavi said over the weekend: “When we raised this issue, they said ‘No! You are putting us on the spot’,” he said at a South African Clothing and Textile Workers’ Union meeting in Durban on Saturday.

Vavi said the union federation believed that the issue of lifestyle audits was crucial in the fight against corruption in the public sector.

“We believe that you cannot be a people’s champion during the day but at night you count shares that have been obtained through exploitation,” he said.

He said MPs, members of provincial legislatures and local councillors should be audited to prevent conflict of interests.

“We believe that the reason why they are rejecting it is because there are too many people who are involved in this practice,” he said.

He said life audits would not be done unless unions imposed it on them.

“The majority of ANC members are against corruption and patronage.”

There had been attempts to silence him and to divert the union’s attention, he said.

“They started by saying that I had a R6-million house and they also said that my wife was involved in tenders. They failed to bring proof,” he said. — Sapa