A steel at the price 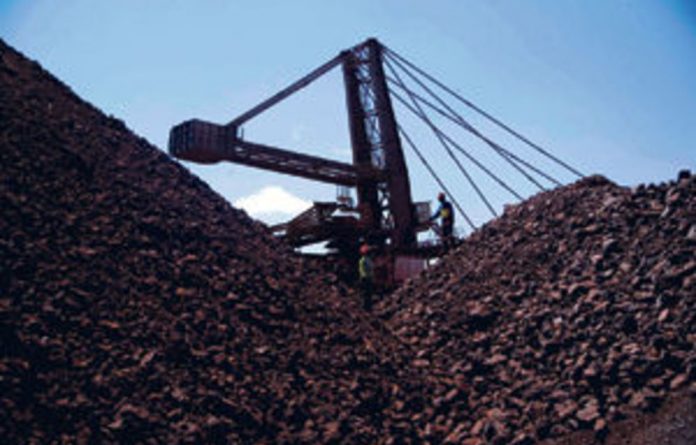 Kumba Iron Ore appears to have dealt steel giant ArcelorMittal South Africa another body blow in the ongoing battle between the two companies.

The Mail & Guardian understands that Kumba has applied for a 21% share in the mining rights to the Sishen mine, which lie at the heart of the corporate bun fight.

The matter is being closely watched as it ultimately goes to the heart of steel pricing in the country and could affect manufacturing and jobs.

Neither company would comment, but they are understood to have entered arbitration to resolve the dispute. To add to ArcelorMittal’s woes an industry insider speculates that the government’s dissatisfaction with its steel pricing, as well as its lack of empowerment status, has left it with little sympathy in the corridors of power.

If Kumba is granted ownership of the minority portion of the rights, which ArcelorMittal held and failed to convert into new order mining rights, this could give Kumba the leverage it needs to force a better price for the 6.25-million tons of iron ore that it supplies to Arcelor-Mittal each year, according to analysts.

The rights have since reverted to the state. ‘The holder of the right was meant to apply for conversion before April 2009 and they [ArcelorMittal] failed to do so,” said Jeremy Michaels, a spokesperson for the department.

How Kumba’s application will be received is unclear. The department viewed the issue as a dispute between ‘two private companies”, said Michaels. DMR would not comment on any applications for the rights.

Under a contract negotiated through the unbundling of the state-owned Iscor in 2001 — which resulted in the creation of what became Kumba Iron Ore, its ironore mining arm, and ArcelorMittal South Africa — ArcelorMittal, because of its share of the mining rights in Sishen, would receive 6.25-million tonnes of ore from the Sishen mine at cost plus 3%.

The mining rights, viewed as undivided, are 79% owned by Kumba through its subsidiary the Sishen Iron Ore company, with the minority share or 21% lying with ArcelorMittal. ArcelorMittal paid R2.5-billion at the time for the rights to Sishen and the 6.25-million tonnes of ore a year at cost plus 3%.

On February 26 ArcelorMittal suspended trading of its shares after Sishen notified the company on February 5 that it would no longer be supplying ArcelorMittal with ore at the preferential price, but rather at market-related prices.

It is understood that Kumba viewed ArcelorMittal’s failure to convert its share of the mining rights as an opportunity to amend the deal unilaterally. A prior arbitration ruling on a related matter is believed to have given it the impetus to do so.

The matter went to arbitration and late last year it was ruled that, because ArcelorMittal did not own the mining rights in this matter, it was not entitled to a similar deal.

But ArcelorMittal is understood to take a different view, which is that, on the division of the Sishen mining rights, Kumba, owning the majority share, would deal with the regulatory issues, including mining-rights applications and conversions. Mittal re-opened trading of its shares last week, with a reported 23% drop in the price.

The very sweet price granted to ArcelorMittal has been a sore point for the South African government.

On Iscor’s unbundling, facilitated by the department of trade and industry, under Alec Erwin, the price granted was, in part, aimed at locking in lower costs for the local steel industry and ensuring its competitiveness. But ArcelorMittal has been accused of not passing on the benefits of these prices to local customers.

Instead, it opted to benchmark its price against a basket of countries, which critics argue is closer to import prices and ensures Arcelor- Mittal retains extensive profits. Its pricing saw the company being dragged to the Competition Tribunal and slapped with just under R700-million in fines. But it challenged the ruling and subsequently settled with the complainants.

ArcelorMittal has long denied the accusations, citing rebates to customers that allow them to export competitively as one example of the support it provides to customers.

According to Matt Brenzel, portfolio manager at Cadiz Securities, a victory for Kumba might not affect local steel prices. Instead, a better price for Kumba would ideally affect only ArcelorMittal’s profit margins.

Brenzel estimated that ArcelorMittal was receiving ore from Sishen at roughly R125/tonne. Compared with an export parity price of around R475/tonne ArcelorMittal stood to earn more than R2-billion a year from the deal.

He noted that if Kumba did get ArcelorMittal’s share of the rights, the company would achieve little besides room to negotiate for a better price.

In terms of off-take, ArcelorMittal was the only real customer that Kumba had for the ore, given the constraints on the rail line to transport ore to Saldanha Bay for export, he said. Aside from pricing issues Arcelor-Mittal’s failure to strike an empowerment deal is also seen as an irritation to some sectors of government.

ArcelorMittal is one of the largest suppliers of steel to a number of companies, including mining houses. Under the mining charter, companies are expected to procure goods from BEE-compliant suppliers.

One industry insider argued that, with ArcelorMittal being one of the largest suppliers of such a key input, it has meant the transformation performance of miners is looking increasingly bad.

ArcelorMittal had apparently planned to undertake a BEE deal but this was put on hold because of the financial crisis and the recession that followed.