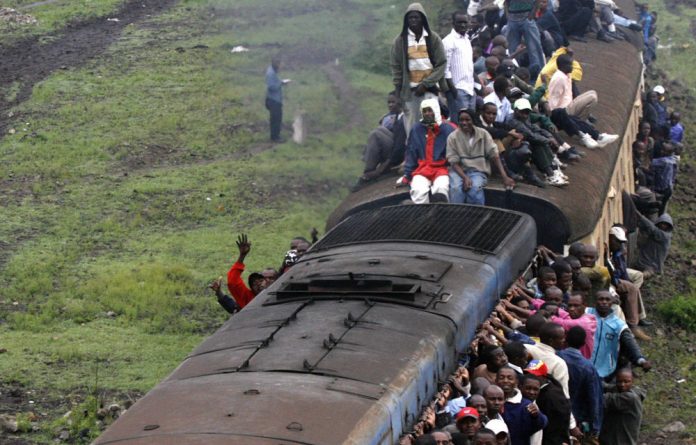 An Eastern Cape businessman is at the centre of a probe by Kenya’s Parliament into the collapse of the multimillion-dollar Kenya-Uganda railway privatisation deal.

Roy Puffett, owner of Port Elizabeth-based aviation, rail and marine company Sheltam, led the Rift Valley Railways (RVR) consortium that was awarded the 25-year concession in October 2005 to revamp the railway system. Five years later, Puffett and Sheltam are gradually withdrawing from the contract, having sold 49% of their stake to Egyptian investment firm Citadel Capital.

In November Kenya’s parliamentary public investment committee tabled a report on the awarding of the concession that raised major questions about Sheltam’s financial commitment to the project.

But Puffett has hit back, accusing the Kenyan government of demanding “unaffordably high concession fees, particularly in the start-up phase”, and calling his lenders “unrealistic” and “inflexible”.

By 2003 the state-run railway was in a parlous state after 15 years of underinvestment and recurring financial loss. The Kenyan government approached the International Finance Corporation, the World Bank subsidiary that supports private-sector ventures in developing countries, for guidance on how to privatise the railway.

Kenya’s Daily Nation reported that in November 2006, on the eve of the Kenyan government’s official hand-over of railway assets to RVR, Puffett told the Kenyans that he could not pay the $5-million annual operation fee up-front. The announcement triggered a frantic redraft of the terms and conditions.

Puffett denies this, saying: “We never informed governments that we could not meet our financial obligations, nor was the concession agreements redrafted to our benefit. Only an extension of 45 days was given in order to finalise outstanding shareholder issues.”

The parliamentary report asks why pre-qualification rules specified that bidders should have a total net worth of at least $35-million — while Sheltam Rail Company’s financial statements showed it was operating with a negative working capital of R3,98-million.

Puffett maintains that Sheltam Rail Company met all the bidding requirements and that the Kenyan government and the IFC had conducted due diligence on all interested parties and bidders.

IFC spokesperson Houtan Bassiri told the Mail & Guardian that because of “the fragile state of the railway, only two parties ultimately submitted bids, and Sheltam was awarded the concession as part of a consortium which best met the selection criteria”.

Puffett has denied impropriety, saying that RVR was the target of “an orchestrated and extremely damaging slander campaign”.

But one of the company’s biggest setbacks was when the South African-listed freight and shipping company, Grindrod, withdrew its backing for the concession in 2006. Grindrod director Dave Rennie said the company “conducted a high level due diligence into the dilapidated railway when Sheltam was given preferred bidder status, but we decided not to back the concession”.

A key clause in the concession deal is that Sheltam’s lead shareholder status cannot be diluted.

Asked why RVR had failed to meet its obligations since 2006, Puffett gave the M&G reasons including unrealistic and inflexible lenders, disunited and disloyal shareholders and alleged sabotage.

The Kenyan government did not respond to the M&G‘s questions.