The game’s over, Jomo 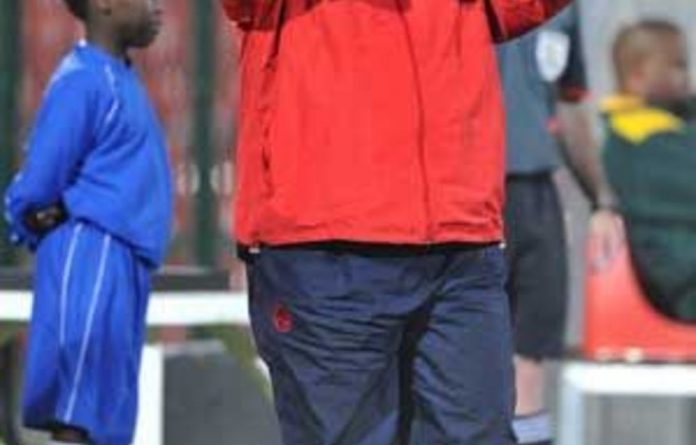 Will Jomo Cosmos boss Jomo Sono finally heed the call and quit as the country’s longest-serving football coach? Well, it seems he has no choice now but to throw in the towel.

As many of us who followed the Premier Soccer League 2009-2010 season closely expected, Jomo Cosmos were relegated to the National First Division last weekend. Sono, for all his past glory, brought this on himself by wearing too many hats. He is coach, owner and chairman.

Cosmos players couldn’t contain their tears, but one Mamelodi Sundowns die-hard, was among the many who were celebrating Cosmos’ downfall.

Cosmos crushed Sundowns’ hopes of challenging for the league title when Cosmos beat them 2-0. “Whether he cries or not, we don’t care. We could have won the league if it wasn’t for him because SuperSport United lost their last match and there’s only one point difference between the two teams,” the animated Sundowns fan said.

Despite the upsets that Cosmos caused, they deserved to be relegated. Ezenkosi won only four matches, drew 12, lost 14 and bagged 24 points from 30 games.

Thomas Kwenaite, a football analyst, said most pundits believed Sono should “fire” the coach. “We all wish him to take a back seat because of what he has done — he has achieved a lot in football. But the truth of the matter is that it boils down to him making that decision.

“I can understand where he is coming from. Bra J [Jomo] lives, eats and drinks football. He is too passionate about football to walk away and would probably be lost without it.

“For this reason, I don’t think it’s possible for him to fire the coach because he feels that nobody else can bring out the best from the team. If he hires someone, chances are that he [Sono] will always interfere with the team selection and he does not want to subject anyone to that,” said Kwenaite.

In 2008 Cosmos were relegated from top-flight football for the first time since 1993. After one season in the National First Division, they bounced back to the PSL for the 2009-2010 season having won the Inland Stream and the promotion play-off against Carara Kicks. At the time Sono wept with joy and vowed that his team would stay in the PSL.

Ted Dumitru, executive technical director at Sundowns, said inconsistency cost Cosmos a place in the PSL. “They just didn’t look like a team throughout the season. They couldn’t even put together two or three good performances. They also didn’t have good players. They always looked like a team that was going to be relegated.

“The league standard has dropped in the past five years if you look at the points the teams collect at the top and the bottom of the log. Our coaches are very ignorant and childish by saying that it doesn’t matter how teams perform as long as they collect points. Even if it’s a draw they celebrate it.

“Cosmos should change their approach to the game if they want to be a force to be reckoned with,” said Dumitru.

Should Sono stay on as coach it will be difficult for Cosmos to come back to top-flight football as he is likely to lose some of his top players to PSL teams. He has already lost defender Larry Cohen, who has signed a two-year contract with Bidvest Wits.

“Jomo needs to keep the core of his team and this will be a bit difficult because it is believed that four of his players have been targeted by the PSL teams. It will be difficult for him to keep these players. He has promised not to cut player salaries but football is about prestige and players want to play in the PSL not in the National First Division.

“He didn’t have a consistent goal scorer in the past season and this is one of his team’s failures. Another factor is that he no longer has the quality players he used to have before,” said Kwenaite.

At the beginning of the past season, Sono signed 12 new players but they were not known and little was expected of them.
Sono is best known for having an eye for good players. Some of those who have played for Ezenkosi are Katlego Mphela, Dipsy Selolwane, Philemon Masinga, Pitso Mosimane, MacBeth Sibaya, Anthony Laffor, Russel Mwafulirwa, Benjani Mwaruwari, Chris Katongo and Helman Mkhelele.

Efforts to get comment from Sono proved fruitless — he didn’t answer his cellphone or respond to an sms sent to him.