Bringing stars down to Earth 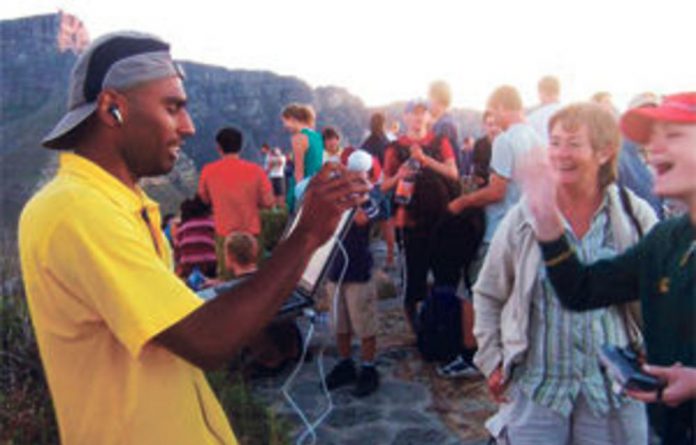 South African astronomers are bidding to host a decade-long multimillion-rand project to bring the scientific mysteries of the universe to the developing world.

South Africa is up against 20 other applicants, including a bid from Pius Okeke, director of the Centre for Basic Space Sciences at the Nsukka campus of the University of Nigeria.

The 10-year-long project, known as the Office for Astronomy Development, is the brainchild of the Paris-based International Astronomical Union, founded 90 years ago.

The new office will coordinate the many existing and planned International Astronomical Union activities in the areas of education, sustainable global development and capacity building.

The winner will be announced in May and work should begin on the project’s three planks — reaching the public, researchers and classrooms — by the end of the year.

‘The idea is to sustain the momentum from the International Year of Astronomy in 2009,” said Kevin Govender from the South African Astronomical Observatory in Cape Town.

Last year astronomers from Albania to Mexico and Lesotho coordinated intensive outreach efforts that reached tens of millions of people.

Astronomers from around the world are flying into Cape Town to attend a five-day reportback on the impact of the International Year of Astronomy, beginning on Monday. This is the first of the Communicating Astronomy with the Public meetings to be held in Africa.

March 12 was meant to be the deadline for the results of the labour dispute between the Pretoria-based National Research Foundation — which funds much of South Africa’s astronomical research and hosts the Southern African Large Telescope in Sutherland in the Northern Cape — and South African Astronomical Observatory director Phil Charles.

Depending on the results, this may pave the way for Charles to open the Communicating Astronomy with the Public meeting and allow South African astronomers to repair the damage done to their image internationally.

Despite a clampdown on information regarding the dispute, it appears that the NRF reacted strongly to news that the British astronomer had complained to colleagues about what he saw as the NRF’s lack of consultation in determining the site for the control centre of the proposed Square Kilometre Array project, which will consist of dozens of radio-telescope antennae.

South Africa is bidding for this project, as is Australia. Some South African astronomers feel that the legal route taken by the NRF has damaged academic freedom of expression.

It may also have harmed South Africa’s chances to host the Square Kilometre Array, the core of which would be situated in the Northern Cape and the remainder spread out throughout Southern Africa.

Meanwhile, many astronomers from the developing world are already in Cape Town for a series of training workshops that include a visit to talk to science and maths learners at Isilemela High School in Langa.

‘The school was chosen in part because it is named after the Isilemela constellation. ‘When this distinct ring of stars, also known as the Pleiades, shows up in the morning sky, African farmers know that it is time to begin planting the crops,” said workshop coordinator Enrico Olivier.

University of Cape Town astronomer Dr Thebe Medupe will speak on ‘A search for new worlds” on Saturday March 13 at 8 pm at the South African Astronomical Observatory in Cape Town. Entrance is free. For more information, contact Thembela Mantungwa on 071-1050-109