Race cards: Collect them all! 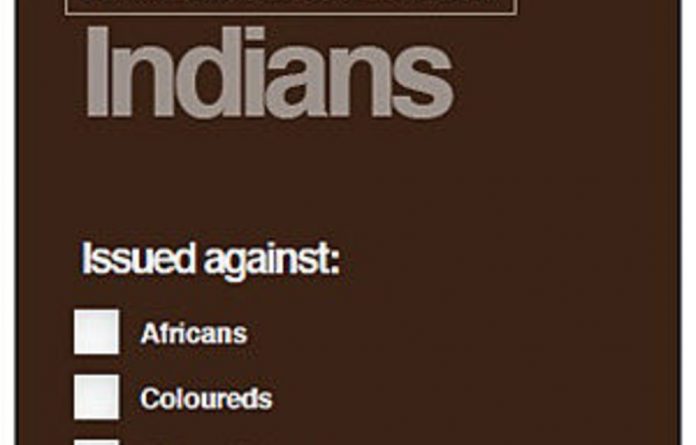 You have to love South Africans. We’re all about efficiency in our humour. Tired of always having to, yet again, say the obligatory trite things when you’re overlooked for a job because of your race? Getting weary of having to make the usual longwinded excuses about how you’re being picked on because you’re black/white/coloured/undecided? Just download your pack of Race Cards.

These handy, timesaving cards will prove immensely useful to people like the ANC Youth League, for example. Imagine how much work they could do if they didn’t have to shout out “racist!” every time they were asked to explain their policies, justify their president’s dodgy lifestyle and even dodgier utterances, or account for missing moneys. Just whip out the appropriate Race Card, wave it around, and you’ve diverted the nation’s attention from your misdemeanours, and back to the more pressing issues of whining about stuff.

How does RaceCard (TM) work, you ask? The site explains it in simple enough terms for even the Minister of Arts and Culture Lulu Xingwana.

“Ever been confronted and felt there is no way out? With no plausible explanation for your actions? Don’t worry, just pull the RaceCard (TM). Simply use your RaceCard (TM) to get out of any uncomfortable situation with no consequences. Just tick a target Race on the card which you wish to blame and off you go … A race to your defence.”

Poor grammar aside, it’s a great way to satirise the inveterate appeal to race that seems to plague many encounters with politicians and underperforming government departments. And there are even cards for Honorary Whites and Other Asians, as well as the more usual Africans, Whites, Coloureds and Indians.

I chatted to Adrian Myburgh, one of the designers at Refresh Creative Media, about what — well, besides the irritation most South Africans feel — caused them to build the site.

“We did it as a response to a 5fm show, where Gareth Cliff asked creatives to submit a design for what a race card should look like. Our creative director Graham Shillington heard the show, and thought it’d be fun.”

Shillington says that the categories like Honorary White come from the apartheid-era classifications. It’s a powerful satirical point, suggesting that the race card many people pull without justification is one that owes its effectiveness to an apartheid way of thinking. In effect, it often takes a racist to pull a race card.

The RaceCard (TM) is one of those idea that, no matter how simple its genesis, is damn funny, and says a lot about the state of SA politics. Possibly more than the creatives intended, of course, since many will just see this as another form of racism. I advise those that have a problem to download some cards and tick the appropriate box, in that case.