Not the General protocol 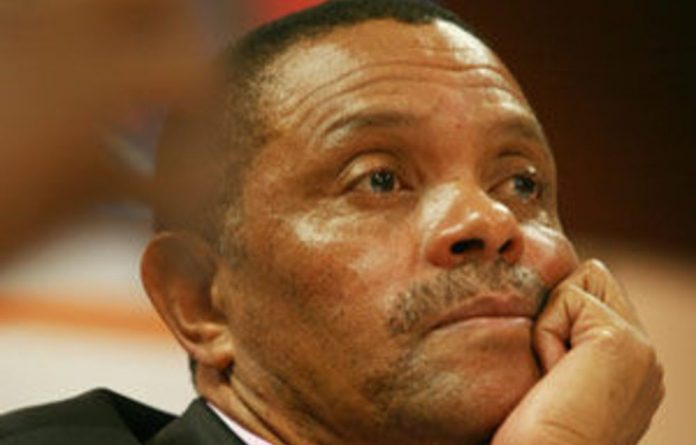 One of Siphiwe Nyanda’s companies received a R67,8-million contract without going through proper tender processes, and he continues to live in five-star hotels at taxpayers’ expense.

For weeks the Gauteng provincial government has failed to confirm to the Mail & Guardian that Communications Minister Siphiwe Nyanda’s family trust benefited from its tenders.

But this week it was revealed that the Abalozi Security Risk Advisory Services security company, in which Nyanda’s family trust has a 45% shareholding, has been paid R67,8-million for a contract awarded without a tender by the Gauteng department of roads and transport.

Nkosi confirmed that the contract “relating to services of risk management, advisory services and security services” was awarded to GNS on October 25 2007.

“A tender process was not followed in awarding the contract,” Nkosi wrote. He said that the accounting officer had appointed GNS through a deviation, as provided for in terms of Treasury Regulations 16A6.4.

“This is outrageous,” said the DA’s Jack Bloom. “Treasury Regulation 16A6.4 allows for the procurement of required goods or services by means other than competitive bids only if this is impractical. But how could there have been anything impractical in this case?”

Bloom said it seemed “highly irregular” that Nyanda continues to benefit handsomely from a GNS contract with a Gauteng department that should have been reviewed. The contract appeared to have grown in value, he said.

“This contract seems to be the most lucrative one for GNS, which also has contracts with two other government agencies, including Transnet Freight Rail [TFR] and Metrorail,” he said. “Two senior managers have now been sacked by TFR for manipulating a tender awarded to GNS, and chief executive Siyabonga Gama faces disciplinary action after being accused of exceeding his authority by granting an R18,9-million tender to GNS in November 2007.” Bloom said he would refer the matter to the Auditor General for investigation.

Mail & Guardian research has established that GNS has benefited from security contracts with at least four other government entities. In response to questions in February, Nyanda said that he had declared his interest in GNS to Parliament and that he “has not been active in the affairs of the entity”. He declined to clarify his role in the company’s affairs or his involvement in obtaining government business.

Luxury hotel stay
Meanwhile, the M&G can reveal that Nyanda booked into the five-star Mount Nelson Hotel again this week as he has not been informed by the Department of Public Works that his official Cape Town residence is ready for occupation, said his chief of staff in the Communications Ministry, Ali Mashishi.

The M&G revealed last week that Nyanda has been living at Cape Town’s Mount Nelson and Twelve Apostles hotels since taking up his new ministerial post in May last year. The Department of Communications has confirmed that it has been paying Nyanda’s hotel bills for the past 10 months.

Asked why Nyanda had chosen to stay at five-star hotels when there is pressure for austerity measures by government, Mashishi said ministers had special requirements.

“Obviously, for a minister of his calibre, one would have to keep in mind that a Formula One is not the right place for him,” said Mashishi. “This is not your normal Jack and Jill.”

Mashishi said he could not give a date when the minister would move into Hooggelegen, the double-storey residence in upper Claremont allocated to Nyanda.

“When the house is ready for occupation, the Department of Public Works will inform us,” he said, adding that security matters were always a concern.

Nyanda is paying a reduced rate per night, whether he stays in a luxury, executive or even the presidential suite at the Mount Nelson, a hotel source confirmed. “We get a set government rate of around R4 995 per night,” said Mashishi. “We don’t pay the full rate.”

Lucky Mochalibane, chief director of communications and marketing at the Public Works Department, said last week that there were “absolutely no renovations” going on at Hooggelegen. But he said furniture ordered for the house was delivered only last month because of delays by the manufacturer.

ID leader Patricia de Lille described Nyanda’s hotel expenditure as “outrageous”. “Who can stay in five-star hotels at the taxpayer’s expense and wait 10 months for furniture?” she asked.