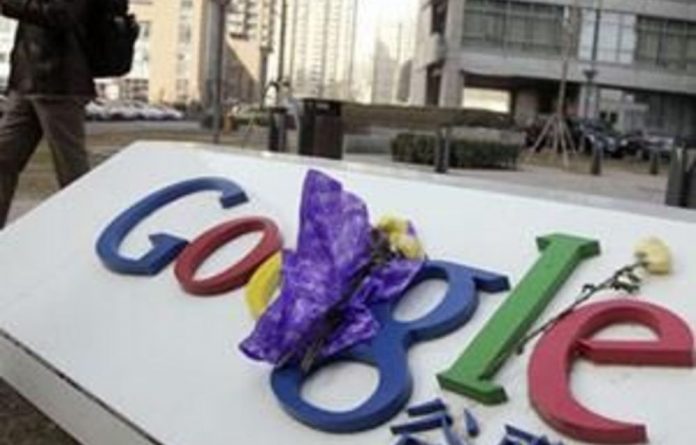 The “Great Firewall of China” appeared intact on Tuesday as the government lashed out at Google for refusing to bow to strict censorship in the world’s biggest internet market.

While angrily attacking Google, the authorities in Beijing said there should be no broader fallout on tense Sino-United States ties provided there was no political meddling in the US.

“If you link this to China-US relations or politicise it, or even link it to China’s international image, this is mere overkill,” Qin said, adding: “China’s market is fully open.”

Google said on Monday it would no longer filter results on China-based Google.cn and was redirecting mainland Chinese users to an uncensored site in Hong Kong — effectively closing down the mainland site.

The announcement came after two months of tension sparked by Google’s revelation of coordinated cyberattacks on the Gmail accounts of Chinese dissidents. The firm had warned that it could leave the country altogether.

However, Google said it was “business as usual” at its China headquarters on Tuesday, as a fierce debate erupted online between Chinese defenders of free speech and nationalist-minded net users denouncing foreign interference.

Google spokesperson Marsha Wang said she had no information about lay-offs or a possible transfer of staff to the US giant’s Hong Kong offices, saying only that “adjustments” could be made “according to business demand”.

The futile search results applied for terms such as “Falun Gong”, “Tibet riot” and “June 4” — referring to the pro-democracy protests in 1989 on Beijing’s Tiananmen Square.

Disappointed
Google’s top lawyer, David Drummond, said the firm hoped China would respect its decision “though we are well aware that it could at any time block access to our services” and that the company would carefully monitor the situation.

The White House said it was “disappointed” that Google could not reach an agreement with Beijing and reiterated that US President Barack Obama was “committed to internet freedom and … opposed to censorship”.

“The US-China relationship is mature enough to sustain differences,” added National Security Council spokesperson Mike Hammer, hours before China announced that high-level strategic talks with Washington would go ahead in late May.

The talks will be the highest-level meeting between the two sides since ties broke down earlier this year, over US arms sales to Taiwan, the value of the yuan and a visit by the Dalai Lama to the White House — and Internet freedom.

Chinese authorities concentrated their fire on Google itself.

Google had “violated its written promise” to block controversial search results, an official in charge of the internet bureau of the State Council Information Office said.

The world’s search leader was “totally wrong” to stop censoring its Chinese-language engine and to blame Beijing for the alleged hacker attacks, the official said.

Despite Monday’s decision, Google said it plans to maintain its sales, research and development teams in China, which has the world’s largest online population at 384-million.

The company’s announcement provoked passionate debate among Chinese internet users, with some cheering its anti-censorship stand and others blasting the firm.

“The imperialists are leaving with their tail between their legs,” one user said on a web forum hosted by state newspaper Global Times. — AFP