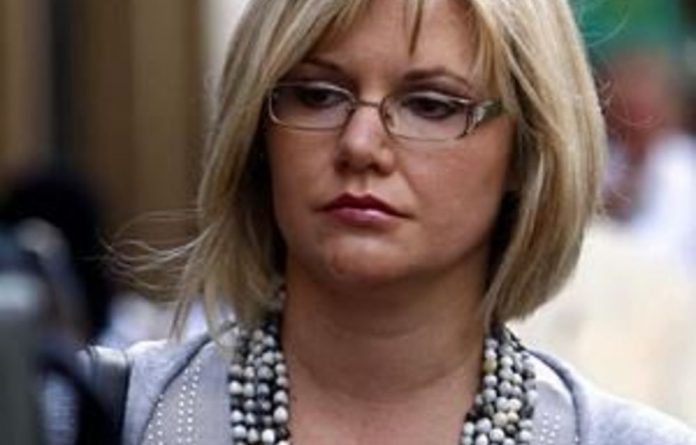 In the 151-page sworn statement she argues that she has more than a reasonable chance of success in her appeal.

Visser argues that she suffered from battered woman syndrome while living with her co-accused, Dirk Prinsloo, who fled South Africa to avoid the case and has since landed in trouble with Belarus authorities.

The syndrome “cuts through the barriers of intelligence and intelligence plays no role”, states Visser, who passed two law degrees with honours, according to Beeld.

Her “low self-esteem and naiveté” played a role in how Prinsloo manipulated her, the affidavit says.

Also, the court did not take into account by how much she based her self-esteem on her body.

“For a woman, my body symbolised my entire personality,” said Visser, who had breast implants when she was living with Prinsloo.

In February, Visser only spent about an hour-and-a-half behind bars after being sentenced to seven years in prison for abusing young girls and women.

Acting Judge Chris Eksteen in the North Gauteng High Court in Pretoria refused Visser leave to appeal against his finding on the merits of the case.

But he nevertheless granted her bail of R10 000 pending the outcome of her application to the Supreme Court of Appeal for leave to appeal.