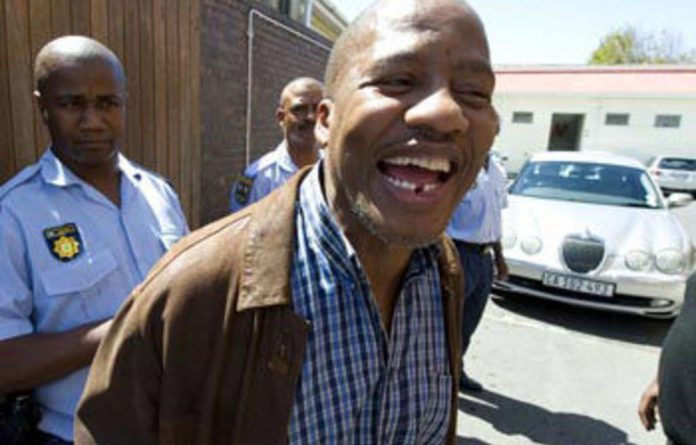 African National Congress (ANC) spokesperson Jackson Mthembu has been convicted of drunken driving — at more than three times over the limit — following a plea agreement with prosecutors.

He appeared briefly in Cape Town’s Wynberg Magistrate’s Court on Wednesday, where he was sentenced to a fine of R12 000, half of which was conditionally suspended for five years.

He also pleaded guilty to a charge of driving in the dedicated bus and taxi lane on Cape Town’s N2 freeway on the day of his arrest, for which he was fined R500. His driver’s licence will be endorsed.

He apologised to his family, to the ANC and to “all South Africans” for failing to meet their expectations.

“What inspired the guilty plea was that I had done something that was wrong,” he said.

“It was a stupid mistake, it was poor judgement on my part.

Fortunately no-one lost his life through my poor judgement.”

He said he had made a commitment “not to repeat the wrong that I did”, and wanted to throw his weight behind the government’s Arrive Alive traffic safety campaign.

“I would really like to appeal to all South Africans as we are approaching the festive season of Easter weekend, not do to the stupid thing I did, not to drive under the influence.

Mthembu was pulled over by a member of the city’s Ghost Squad, an unmarked traffic unit, as he was driving in the bus lane, just before 8am on March 11.

According to the plea agreement, the officer suspected he might be under the influence of alcohol and asked him to accompany her for a breathalyser test.

However, the city claimed that South African Police Services (Saps) officials at Mowbray police station tried to prevent him being charged and threatened to arrest the Ghost Squad members.

The claims are being investigated by the Saps provincial office.

Mthembu was released from the Mowbray police station later that day on warning.

The plea agreement listed as “general aggravating factors” that it was a serious offence to drive a vehicle “having an excessive amount of alcohol in any specimen of breath”.

“The offence is more serious when committed by a person who stands in a position of trust to the public,” it said.

Also listed as an aggravating factor was that Mthembu occupied a high-profile public position.

Although he was not involved in an accident, he had been a potential threat to other road users, the agreement stated.

In Mthembu’s favour however, was that he was not a young man, that he had pleaded guilty and “expedited the conclusion of the matter”, that he had not been involved in any accident, and had co-operated fully from the outset.

“He indicated from the beginning that he was sorry, and he thus showed remorse,” the agreement read.

Asked about his future as ANC spokesperson, Mthembu told Sapa he had apologised to the party’s national executive last week, and that the apology had been accepted.

He had not received any indication that the leadership was planning any action against him.–Sapa