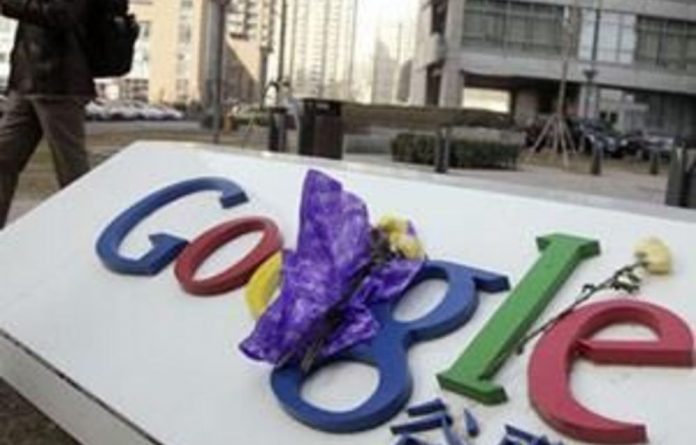 Two day after shutting its Chinese portal over censorship, Google said it plans to phase out deals to provide filtered search services to other online or mobile firms in China.

It has already been shunned by at least one of those partner firms and was attacked by a state newspaper after pulling the plug on its mainland Chinese language portal, Google.cn. It now reroutes searches to an unfiltered Hong Kong site.

The Google dispute, which involves cyberattacks as well as internet censorship, is one of many thorny trade, financial, political and security issues that are roiling United States-China ties this year.

On Wednesday, Google’s search services remained erratic across Beijing, frustrating users unsure about the future of its other services — from maps to music — over two months after its bombshell announcement it may quit China.

While Google is the world’s top search engine, it held only an estimated 30% share of China’s search market in 2009, compared with home-grown rival Baidu’s 60%.

Activists who gathered at Google’s Beijing headquarters to show support appeared to be Google’s only vocal allies in China.

Google said it is not providing direct access to censored searches, but will fulfil existing contracts with other firms.

“We have over a dozen syndication deals with partners in China. We obviously have contractual obligations to them, which we want to honour,” a Singapore-based Google spokesperson said.

“Over time, we will not be syndicating censored search to partners in China. But we will of course fulfil our existing contractual obligations,” she added.

Google has already been taken off the popular tom.com portal, owned by Li Ka-shing, a Hong Kong billionaire who is one of the richest men in the world and has good ties to Beijing, according to Bloomberg.

Many of Google’s often well-educated, professional fan-base in China, who use the company’s software for both work and play, said they were already suffering some fallout on Wednesday with erratic service.

Several of Google’s international search sites were failing to open, and when they could be accessed some users found that all searches, including for non-sensitive terms like “hello” , were returning blank pages or error messages.

“Google.com.hk is not currently being blocked, although it seems that some sensitive terms are. However, if you search for a sensitive term and trigger a government blockage, that may affect subsequent searches … for a short period,” Google said.

Activist support
About 100 people, including human rights lawyers and other activists, gathered at Google’s Beijing base late on Tuesday — the day when news of the pull-out reached China — to pay tribute.

After arguments with police, they approached the company’s door to leave messages including “Google forever” and “Long live freedom!” at the company’s door, said Teng Biao, a prominent activist who visited the building after a rights’ meeting.

“It will bring some inconvenience, but we really support this move by Google. They put freedom of expression ahead of business, and we hope that it will encourage more people to pay attention to human rights situation in China,” Teng told Reuters by phone.

But Google’s move has angered the government, and on Wednesday an official Communist Party newspaper accused it of colluding with US spies, in China’s latest blast at the company.

“Google is not a virgin when it comes to values. Its cooperation and collusion with the US intelligence and security agencies is well known,” a front-page commentary in the overseas edition of the People’s Daily said.

“All this makes one wonder. Thinking about the US’s big efforts in recent years to engage in internet war, perhaps this could be an exploratory pre-dawn battle,” the paper said. — Reuters