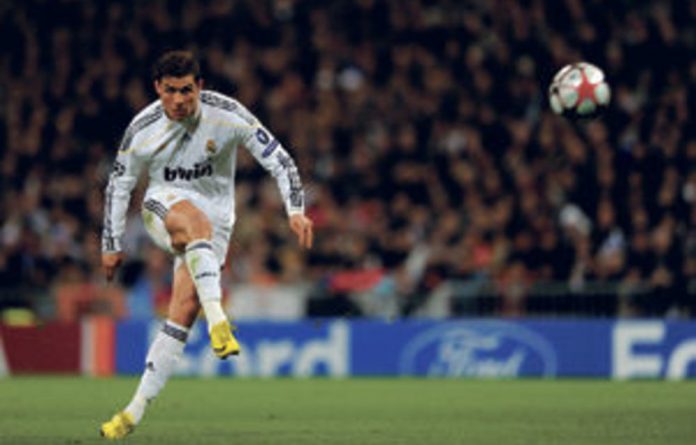 South Africa has a long and historic association with science and is highly regarded in the international scientific community.

So says Naledi Pandor, minister of science and technology. ‘This is the nation [that] produced Christiaan Barnard, who performed the first human heart transplant, and which helped to create computerised axial tomography, also known as the CAT scan,” says Pandor.

‘We run Africa’s only nuclear reactor at Koeberg near Cape Town and one of the world’s largest telescopes — the South African Large Telescope in Sutherland in the Northern Cape — So science is part of who we are.”

In celebration of this rich association with all things scientific, SciFest Africa, the country’s annual science festival, held in Grahamstown, is also making its mark. ‘SciFest 2010 is an event of national and even international importance,” says Pandor, who will formally open the festival on Friday March 26.

‘With the support of key sponsors Sasol and Old Mutual, this event embodies my department’s key focus area of encouraging South Africa’s youth to take up the mantles of science and technology and impact meaningfully on key national and global areas of knowledge.”

This year’s SciFest Africa kicks off on March 24 and runs until March 30. And, in recognition of the fast approaching Fifa World Cup, the festival’s theme this year relates well to sport — Science in Motion.

‘We want our visitors this year to expand their view of motion and movement, both inside the sport arena and outside it, in the realms of nature and technology as well,” says SciFest director Vera Adams.

‘For example, space tourism, ecology, 2010 stadium buildings and crime scenes are a few topics that will be covered during this year’s festival week,” she says.

Anusuya Chinsamy-Turan, chairperson of SciFest Africa’s scientific advisory committee, says that this year’s festival will explore the physics of change.

‘Whether it’s dancing, flying, pirouetting, motoring or kicking a soccer ball, SciFest Africa 2010 will look at it in detail,” says Chinsamy-Turan, a palaeobiologist at the University of Cape Town, adding that like soccer, teamwork in science is crucial.

‘Teamwork is essential for a win,” she says. ‘South Africa can’t be a winning nation without science and SciFest Africa can’t do what it does without the support of sponsors and the department of science and technology and the South African Agency for Science and Technology Advancement, [all] of which — make South Africa’s national science festival a continuing success.”

Louisa Clayton, executive director of the Grahamstown Foundation, which hosts SciFest Africa each year, compares attending the festival to a theatrical experience.

‘A successful play engages an audience, invites it to sample other worlds and experiences, to test them against current assumptions and accepted practice,” she says.

‘Implicit in this is the discovery of knowledge leading to change and that is what SciFest Africa is all about. We expose our visitors — our ‘audience’ — to alternative viewpoints, new and creative ideas, innovative solutions and freedom of choice. Engaging in this way creates opportunities for us to evolve, developing ourselves, our local environment, our society and our planet.”

This year’s festival is expecting more than 70 000 visitors as well as contributors from India, the United States and Australia.

Some of the sport and movement-related events taking place throughout the week include lectures from Rene Naylor speaking about her experiences as the Springbok rugby team’s head physiotherapist and Louise Cole explaining how technology has influenced the way a ballet dancer’s pointe shoe is made.

And, of course, there’s the keynote Brian Wilmot Lecture, given at the formal opening ceremony of the festival, which this year is being delivered by a home-grown award-winning ‘hero” — Rhodes University professor of medicinal chemistry and nanotechnology Tebello Nyokong, who is also the deputy chairperson of SciFest’s advisory committee.

Nyokong’s lecture deals with one of her many research areas — the different types of electromagnetic radiation from the sun and how red light can be used in cancer treatment. ‘I will also talk about challenges facing the development of medicines,” she says.

Sunlight is well known for causing illnesses such as skin cancer, but its therapeutic properties have received less attention. ‘For many thousands of years solar radiation has been used to prevent, and cure, a wide range of afflictions,” says Nyokong.

‘Sunlight was used to heal the wounds of casualties during World War I and in the latter years it was a popular treatment for patients suffering from diseases such as tuberculosis and rickets. In recent years light has been used in the treatment of cancer through the use of dyes, which in themselves are harmless but are activated by exposure to light, providing a highly specialised form of chemotherapy.”

Nyokong has won several high profile awards, including the 2009 L’Oreal Unesco award for women in science as a laureate representing Africa and the Arab states and the SABC2/Shoprite Checkers Woman of the Year in Science and Technology award in 2004.

‘I feel very honoured because giving the opening lecture is an opportunity to talk to government, the public and funders and I hope learners will be there,” said Nyokong.

‘It is an opportunity to tell the country that we can use science to develop.” Nyokong is as passionate about teaching as she is about her research.

‘I love my work,” she says, ‘so I look forward to my research with my students. I have also really enjoyed teaching first-year students over the years, but now I have had to stop due to extensive commitments.”

Her own history with science began with a decision she made in high school.

‘I started with the arts because of peers who told me science was hard and I believed them,” she says, laughing. ‘I soon realised that I was not interested in the arts and moved to the sciences, with two years of high school left. I never looked back.”

Nyokong’s Brian Wilmot Lecture, which is the highlight of SciFest’s opening night, takes place in the Guy Butler Theatre at the 1820 Settlers Monument in Grahamstown on Friday March 26 at 6.30pm.