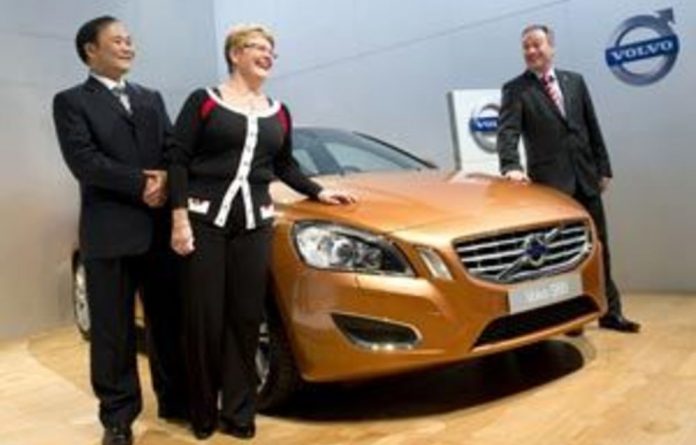 The takeover underscores China’s arrival as a major force in the global auto industry and ends nearly two years of talks with Geely over Volvo — the last sale from Ford’s former premier group, which also held Aston Martin, Jaguar and Land Rover.

“Today represents a milestone in the history of Geely,” Geely chairperson Li Shufu told a news conference, adding that Volvo Cars would remain a separate company with its own management team based in Sweden.

Such a deal would have been nearly unimaginable a few years ago for the Chinese carmaker, which on 2009 forecasts has a turnover of only 16% of Volvo’s, and has just over half the workforce.

The deal highlights in particular the big opportunities that have emerged from the financial crisis for smaller players. Tiny Dutch sports car maker Spyker clinched a deal in January to buy Sweden’s Saab from General Motors Co.

Geely said it had secured all the necessary financing to complete the deal, though it remained open to a possible loan from the European Investment Bank.

“I have a deep belief that the manufacturing footprint in Gothenburg and Belgium will be preserved in the longer term,” he said.

Volvo labour unions, which had been critical of the proposed deal and complained about a lack of information about the future of the company, said they now backed the takeover.

A fair price
The deal, which both sides aim to close in the third quarter, will help free up cash for the number two US automaker and enable it to focus on its core Ford brand.

Geely, parent of Geely Automobile Holdings, was named by Ford as the preferred bidder for its loss-making Swedish unit in October 2009.

The Chinese carmaker clinched Volvo at a price tag well below the $6,5-billion Ford paid for it in 1999.

China raced past the US to become the world’s top auto market last year, with sales surging 46% to a record 13,6-million units. It is keen to move into Western markets but has so far lacked the technology and brand recognition to do so.

The Volvo deal should help the Chinese carmaker to get around some of those obstacles more quickly.

Boost for Beijing
Geely’s chairman is already planning a factory in Beijing which will make 300 000 Volvo branded cars, or as many Volvos for China as are now made abroad for foreigners.

Made-in-China Volvo may get a boost from Beijing’s plan to support domestic brands and replace Volkswagen AG’s Audi A6 as Chinese state officials’ car of choice.

“We want to stabilise and enhance the traditional markets in Europe and North America, and at the same time develop the other Volvo business in emerging markets, including China,” Li said.

The carmaker has already announced an aggressive target of boosting its sales to two million vehicles by 2015 from last year’s roughly 330 000 units — about the same as Volvo’s global output. — Reuters