Putin vows to ‘punish the criminals’ after Russia attacks 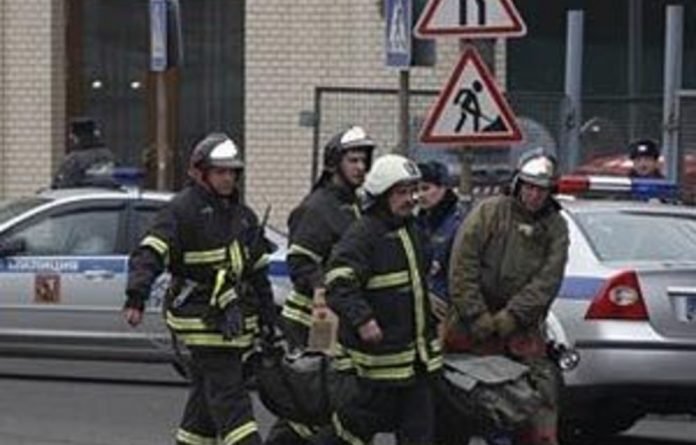 Two female suicide bombers blew themselves up on packed metro trains in Moscow’s morning rush hour on Monday, killing at least 38 people at stations close to the ex-KGB headquarters and Gorky Park.

Prime Minister Vladimir Putin vowed those behind attacks would be “destroyed”, as the authorities pointed the finger at Islamist militants from the Northern Caucasus for the deadliest attack in Moscow for half a decade.

The first explosion shortly before 8am local time ripped through a train that had stopped in the Lubyanka station just below the headquarters of Russia’s FSB security service, the former KGB.

About half an hour later, a second explosion went off in a carriage of a train on the platform at the Park Kultury metro station, also in central Moscow and named after the iconic Gorky Park that lies over the river.

Rescuers grimly hauled out body bags from the ornate stations in the depths of one of the world’s biggest underground systems, amid calls for bloody revenge from victims’ relatives.

Witness footage broadcast on state television showed dazed passengers in the metro station holding their heads in despair and corpses strewn on the ground as dust and smoke swirled through the tunnel.

Security services kept a tight cordon around the Lubyanka metro station, as crowds of people sough to call loved ones despite an overloaded cellphone network.

Officials said the attacks were carried out by female suicide bombers wearing belts packed with explosives, in a return of the so-called “Black Widows”, who spread fear across Moscow a decade ago with a string of attacks.

“According to preliminary information, both blasts have been executed by female suicide bombers,” an FSB spokesperson told Agence France-Presse.

Russian news agencies said body parts suspected to come from the two women had been found at the two stations and had been sent away for laboratory analysis.

Alexandra Antonova, an editor for the RIA-Novosti news agency, said she had just got on the train leaving the Lubyanka station when the explosion shook her carriage.

“The loud boom stuffed up my ears. But the train didn’t stop. Nobody had time to understand what had happened,” Antonova said.

The Emergency Situations Ministry said the toll reached 38 after some victims died in hospital, not including the bombers. A total of 64 people were wounded.

About two-thirds of the dead were killed in the Lubyanka blast although precise figures for the breakdown of the toll were not available.

Moscow’s chief prosecutor, Yuri Syomin, told reporters on Lubyanka Square, next to the metro station of the same name, that the force of the blasts had an equivalent of about 3kg of TNT explosives each.

President Dmitry Medvedev convened an emergency meeting after the blasts vowing to “continue the operation against terrorists without hesitation and until the end”.

FSB director Alexander Bortnikov told the meeting the blasts appeared linked to militant groups in the Northern Caucasus and the suspected bombers also had connections with the regions.

Putin — who cut short a visit to Siberia to return to Moscow — sternly predicted that “law enforcement agencies will do everything to find and punish the criminals … The terrorists will be destroyed.”

There was no immediate claim of responsibility but the group of leading Chechen militant Doku Umarov repeatedly warned in recent months it was planning to strike the Russian capital.

Lubyanka Square is home to the Federal Security Service (FSB), the successor to the Soviet KGB secret police and still housed in the notorious building where dissidents were interrogated and shot in the Soviet purges.

The explosions were the deadliest such suicide attacks in Moscow since 2004 when the bombing of a metro train killed 41 and wounded 250.

Then, Russia had been living in fear of militant attacks following the deadly storming of a Moscow theatre by Chechen militants in 2002.

Chechnya itself has seen a worrying rise in violence over the last months as pro-Kremlin local authorities seek to clamp down on an Islamist uprising.

Russia last year abolished an “anti-terror” operation in Chechnya but violence in the nearby majority-Muslim regions of Ingushetia and Dagestan had already raised fears unrest could spread to Moscow. – AFP