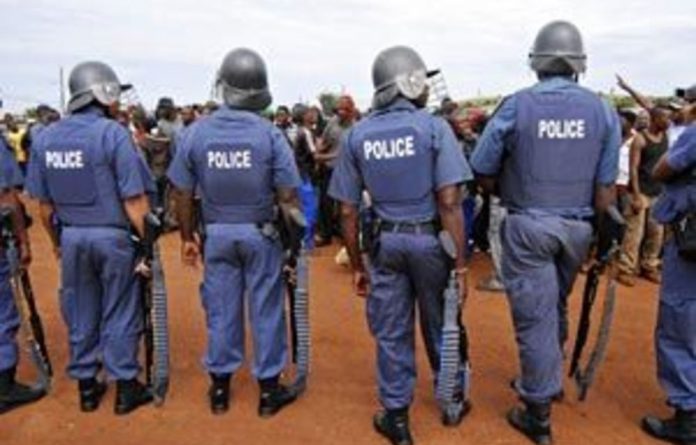 As if South Africa’s own high crime rate and the threat of European football hooligans weren’t enough, Soccer World Cup planners are also bracing for a possible terror attack.

Police have staged training simulations of chemical, biological and radiation attacks. Hospital workers have worked up plans in case of mass casualties. South African intelligence agents are tapping colleagues from around the world for information about possible threats.

“Terrorism is one of the evils that plague our world today,” Police Minister Nathi Mthethwa has said. “Terrorists are prepared to kill and maim innocent people. This, we will not allow to happen on our home soil.”

Big sporting events have a history of attracting those who want to draw attention to a cause or embarrass a government, and are willing to use violence to do so.

In 1972, Palestinian gunmen took athletes and coaches from Israel’s Olympic team hostage in Munich, and killed 11. In 1996, an anti-government extremist set off a small bomb in a fan park during the Atlanta Olympics, injuring a number of people.

Seven players were wounded and six police officers were killed last year when assailants fired bullets, a rocket and a grenade at the Sri Lankan cricket team’s bus as it travelled to a match against Pakistan in Lahore. Police in Pakistan, a country plagued by militants with links to al-Qaeda and the Taliban, blamed a banned Pakistani militant group.

More recently and closer to home, the Togo team bus was attacked by gunmen in Angola and an assistant coach and spokesperson were killed on January 8, two days before the start of the African Cup of Nations tournament. An Angolan separatist group has claimed responsibility.

‘We cannot be complacent’
South Africa has no separatist movements and is no one’s enemy, officials in the country stress.

“But because we are hosting 31 other nations, we cannot be complacent,” police spokesperson Vish Naidoo said. “We have prepared and planned for every eventuality.”

She said South Africans should, for example, inform police if they are asked to donate funds to a group they suspect might have international militant ties.

“I’m not saying one should run around scared,” Botha said, but South Africans should “be prepared in a sense of being vigilant”.

Daniel Benjamin, the United States State Department’s counterterrorism coordinator, said he knew of no serious threat to the World Cup, but added: “All large-scale sporting events — because they bring so much of the international community together, because they’re high profile, because there’s an enormous amount of press attention — get extra concern as possible targets.”

Last year, American and South African security officials worked together after receiving information about a possible threat that led to the temporary closing of the embassy and other US offices in South Africa. South African police said later the threat had been deemed not credible; Benjamin would only go as far as saying “the issues were sufficiently resolved”.

Partners in the war on terror
Clare Lopez, a former Central Intelligence Agency (CIA) officer who now consults on counterterrorism and other issues, said South African security officials were seen as professional and capable partners in the global war on terrorism.

British security and intelligence officials have raised concerns about the risk of Islamic extremists setting up operations bases in South Africa, which has the continent’s most sophisticated transportation, communications and finance networks.

Analyst Mark Schroeder, whose STRATFOR company advises corporations and government agencies around the world on security and other concerns, commended South African officials for not being complacent.

“They’re doing their due diligence on possible threats,” Schroeder said. “They’re taking a look a look at: Is al-Qaeda a threat? Are other franchises a threat? They’re recognising the world will be watching them during World Cup.” — Sapa-AP