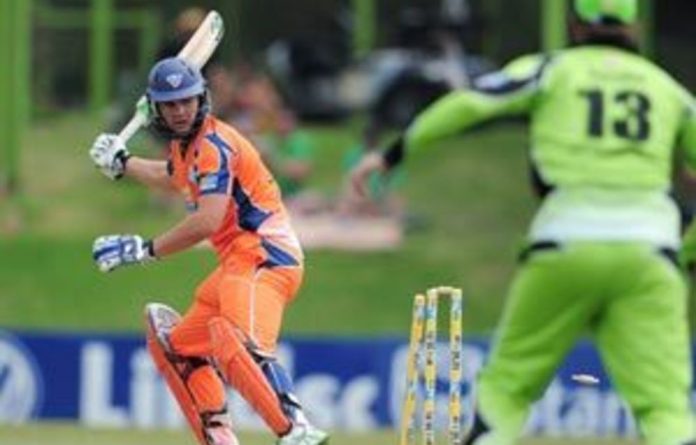 Rilee Rossouw’s magnificent 319 last weekend against the Titans meant the young Free Stater not only caught up with the great Barry Richards but also surpassed the legend as the leading run-scorer in an A Section season in South Africa.

Rossouw then added 64 in the Diamond Eagles’ second innings to finish the SuperSport Series campaign with 1 189 runs, exactly 100 more than Richards scored for Natal in the 1971-72 Currie Cup season.

The 20-year-old Rossouw, the youngest South African to score a triple century, finished the season with a quartet of centuries and half-centuries, as Richards did all those years ago when isolation had just begun, although the Natalian needed just 15 innings to score his runs, whereas Rossouw batted in 17.

The Grey College product has long been touted as a future star, playing for SA Schools in 2006 and 2007, and then shining for the SA U19 team, so his success was not a bombshell, although it happening so soon has surprised most.

But when two other batsmen — Rossouw’s Eagles teammate Dean Elgar and journeyman Highveld Lions opener Stephen Cook — stepped up and also passed a thousand runs for the season, it prompted some serious questions.

Now three batsmen have done it in one season. Were they ripping into substandard bowling? Have bowling reserves become so depleted that the famous balance of the game has lurched markedly in favour of the batsmen?

Certainly, in the case of Richards, South Africa’s best bowlers of the time were up against him because there were no international commitments.

We should applause the positives
National coach Corrie van Zyl’s response is that we shouldn’t look for the negatives, but should rather laud a wonderful achievement by three batsmen.

“I’d rather be positive and say how wonderful it is to have three batsmen like that. No matter what cricket you’re playing, to score a thousand runs is always brilliant,” Van Zyl told the Mail & Guardian.

Although Rossouw has rather stolen the limelight with his tremendous season finale, Elgar totted up 1 060 runs with five centuries and has scored more than 2 500 runs at 46,83 in the past four seasons.

Opener Cook made early headlines with his South African record score of 390, but has been superbly consistent to finish the season with 1 013 runs, passing 50 in nine of his 10 matches.

Van Zyl confirmed that all three had been considered by the national selectors for the senior tour to the West Indies and the A tour to Bangladesh.

“Obviously, the performances of Rossouw and Elgar have warranted their inclusion in the A side and have propelled them to the next level. Quality will come through and we will see if they perform at that level. They must go through that stage to develop, to expand their games.

“Cook was unlucky not to make the SA A side, but if he keeps on scoring runs then we will have to look at him,” Van Zyl said.

The national coach did concede, however, that the skill levels of bowlers at domestic level needed to be better. “We have the bowlers, but I am concerned at the skill level. You can mention the likes of Johann Louw and Quinton Friend, but people ask: “Where are the young bowlers?’ They are there; it’s just a question of them learning their trade more,” he said.

Tactical know-how is also something former fast-bowling great Allan Donald has been trying to ameliorate at domestic level.

“Tactically, a lot of the bowling is very poor, the nous is just not there. The bowlers are not self-reliant; they depend on coaches to spoon-feed them and that’s a real problem. They can’t think for themselves. I understand that bowlers need to learn their trade, but it is a big problem.”

Dave Nosworthy is Cook’s coach at the Highveld Lions and he said credit should go to the batsmen.

“Stephen has been magnificent and is one of the hardest workers around. I think the bowling at domestic level is okay and sometimes you have to give credit to the batsmen and not look for excuses as to why they’ve scored runs.

He has a very uncluttered mind, he does the basics and he’s been prolific. I’ve told Stephen that there’s no real point in him playing if he’s not trying to play for South Africa. I coached Simon Katich during my time as an assistant with the Kings XI in the IPL and he made his Test debut at the late age of 29 and he’s now prolific.

“If Stephen remains consistent, there’s no reason he can’t handle international cricket. He has the mind for it,” Nosworthy said.
Former Titans and Pakistan coach Richard Pybus is now a consultant and talent-spotter and he says he is concerned that there are not large numbers of genuine quick bowlers coming through the junior ranks.

“The domestic line-ups were maybe a little thin, the bowling is solid if not spectacular. But you still need depth and that’s South Africa’s challenge. I was really concerned at the Coke [Khaya Majola U19] Week. I’m always looking to see what bowlers are coming through and there was an abundance of medium-pacers, way too many.

“There was hardly anyone who excited me and you need plenty of U19 bowlers coming through.”