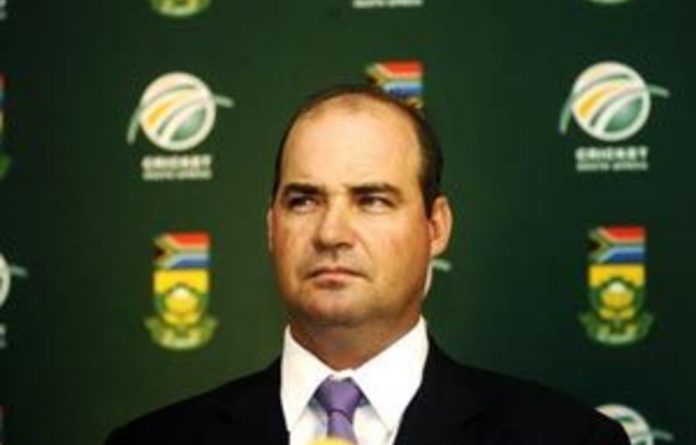 Arthur replaces Tom Moody, who did not renew his contract after three years in charge.

Western Australia has not won a Sheffield Shield domestic first-class title since 1998-99, while its last one-day title came in 2003-04.

Arthur resigned as South Africa coach on January 26, saying he and the national cricket body had different visions for the future of the team. Cricket South Africa said Corrie van Zyl will be interim coach until April 2011.

Arthur took over as head coach of South Africa in 2005 when the Proteas were ranked third among test-playing nations and sixth in the one-day format. Four years later, South Africa was ranked No.1 in both formats, with 2008 netting South Africa Test series wins in India, England and Australia.

“I stated when I announced my resignation from the South African post that I would only return to coaching if the ideal challenge presented itself and I have found that challenge with the … Warriors,” Arthur said on Thursday.

“Western Australia is a fiercely proud cricketing state and I am determined to do all that I can to help the Warriors return to the top of Australian cricket.”

Western Australia Cricket Association (WACA) chief executive Graeme Wood said there were 19 applicants for the job, but said Arthur’s record with South Africa made him the standout.

“He’s at the cutting edge of cricket technology,” Wood said. “He comes over very personable and he’s a disciplinarian, and that’ s very important for our current squad.” — Sapa-AP