Opening up the mosque 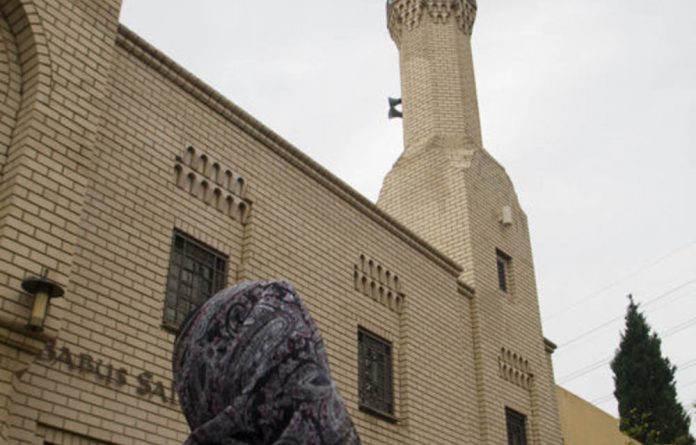 If you’re invisible in the mosque, you’re invisible in society,” says Safiyya Surtee. The 23-year-old Islamic studies master’s student from Johannesburg entered a mosque for the first time when she was 18. ‘Growing up, I didn’t go to mosque. There was just no space for women. It wasn’t even a question.”

But she, and many other Muslim women, have changed their views about their ‘place” in mosque after doing their own reading of the shariah texts — the Qur’an and Hadith, the practices of the Prophet Muhammed passed down through the centuries — and discovering that they have as much a right to pray in mosques as men.

However, there are still many South African Muslims, both men and women, who, contrary to popular opinion in global Muslim society, believe a woman’s place for prayer is at home.

When she moved to Grahamstown, 22-year-old economics student Amina Ebrahim found that she was not as welcome in the local mosque as she had been in her native Cape Town. ‘The imam announced at Jumu’ah [Friday prayers] that women should be praying at home — in a ‘dark, small space’,” she says. ‘I come from a background where I’ve been encouraged to go to mosque. When I tried to talk to the imam about it, he wouldn’t talk to me, he would talk only to my husband. He doesn’t talk to women.”

Says Ebrahim: ‘The reason I’ve been given [for the exclusion of women] is that when women go to mosque they cause fitnah.” Fitnah is an Arabic word that originally meant a religious struggle, but has become a colloquial word meaning scandal, and implies that this will ruin the purity of the mosque. ‘But fitnah happens whether or not women go to mosque,” Ebrahim says. ‘You don’t stop women from going to mosque, you look at where the issue comes from in society and fix it at the root.”

The fight for women to be accepted in mosques is not a new one. South African Muslim gender activists, led by groups such as the Muslim Youth Movement, have been involved in fighting for equal space for both sexes since the late 1970s. This means providing not just physical space for women, but space that is of the same aesthetic standard as the men’s and that allows them to engage in discussions and affairs with the men on an intellectual level.

One of these activists is Johannesburg’s Farhana Ismail, who belongs to a group of women who don’t ‘feel inferior to men. We saw ourselves as spiritual beings and not just sexual beings.” During the 1990s, the women, led by the late activist Shamima Shaik, would hold ‘sit-ins” at mosques with no space for women, forcing the mosques to allow them place to pray. The 23rd Street mosque became the first Indian-run mosque in Johannesburg to accept women.

The extent of the problem varies across the country. Most mosques in the Western Cape have space for women and some, like the controversial, even revolutionary, Claremont Main Road Mosque, enable men and women to pray on the same level, next to one another, with no partition between them. They have also had women reading the khutbah (lecture) on a Friday, a practice traditionally performed by men.

Sa’diyya Shaikh, senior lecturer in religious studies at the University of Cape Town, attributes this broadly to the fact that the Western Cape has a more culturally diverse Muslim heritage that includes Indian, African and Malay Muslims and hence has developed more diverse practices.

On the other hand, most of the Muslims in the northern provinces, as well as their scholars, originate from the Indian subcontinent with more conservative cultural norms and where, traditionally, women pray at home.

But this, she says, is contrary to the practices of the Prophet.

‘In the time of the Prophet, women were in mosques all the time,” she says. ‘Women and men were in the same physical space. It was an engaging space, where a woman could stand up and talk to the imam and even contest his position.”

Na’eem Jeenah, director of the Afro-Middle East Centre, agrees. ‘The Qur’an places equal responsibility on men and women for all kinds of religious duties,” he says. ‘Even on Hajj, in Makkah, there are no spatial arrangements.”

But according to Port Elizabeth’s Mufti Siraj Desai: ‘It’s logical, a woman’s place is in the home — We have seen situations where a girl comes to mosque to meet her boyfriend and then they go for a walk — if the girl was not there, the boy would not have the opportunity to do that — we can’t tell the women to stay and send the men home — it’s first the man’s right to be at the mosque.”

But regardless of whether it is theologically correct or incorrect, these notions have far-reaching consequences.

‘What you’re doing by excluding women from sacred spaces is alienating them from Islam,” says Shaikh. ‘They can function on an equal level as men in every other sphere of society, but when they go to mosque, they either can’t enter or are stuck in a dark small space.”

She says the practice of excluding or marginalising women in mosques is reflective of South African Muslims’ ‘problematic cultural mores” and patriarchal sexism.

‘The space women have in mosque is a reflection of their marginalisation in official Muslim society,” says Jeenah. ‘Women don’t have the same access to Muslim institutions and decision-making structures. Even at madrassahs [Islamic schools], most of the teachers are women, but it is men who make the decisions.”

But more mosques are being forced to open their doors to women as the campaign for equal rights in mosques continues, four decades since it began.

‘Women are frustrated with this,” says Ismail. ‘A lot of these women feel they don’t belong in the religious community. I chose to fight the system, a system that is contrary to the practices of the Prophet. Many of us have educated ourselves on the Qur’an and Hadith and that is our weapon.”

The Eid debacle
The Eid Salaah, or Eidgha, is one of the continuing campaigns in the fight for women’s equal rights to attend mosque. Every year, as the Eid celebrations near, leaders from the conservative Jamiatul Ulama council in KwaZulu-Natal release a fatwa –a ruling from a religious authority which, while not binding, is often adhered to.

Last year’s fatwa read:
‘— According to the overwhelming majority of Scholars, it is not permissible for a young female to attend the Eid Salaah —

‘The reason for this prohibition is that the coming out of such young females could become a cause of spreading immorality in the society. This is especially clear in our times.”

Rumana Mahomed is the co-ordinator of Taking Islam to the People, a Durban initiative which for the past eight years has been running a ‘family Eidgha”, where both men and women attend and both are given a platform to address the congregation.

Mahomed, who ignores these fatwas, is often harassed by conservative religious leaders for her attempts. ‘The majlis [council] called us lesbians for flaunting manly tendencies,” she says.

What the Prophet says
Yes —
‘Do not prevent the female servants of Allah from going to the mosque of Allah.” [Sahih Muslim Vol 1 Chapter 177 Hadith No 886]

It comes down to the way in which texts are interpreted, and the way the Ulema choose to act on that interpretation, says Farhana Ismail. ‘The Prophet did two things regarding women and mosques. He made a command, which says you cannot stop women from going to mosque, and he made a recommendation which says it’s better for women to pray at home.

When the Prophet makes a command, you don’t ignore it. But the Ulema [leaders] place more emphasis on the recommendation — They say it is because women are beautiful and will distract men.”