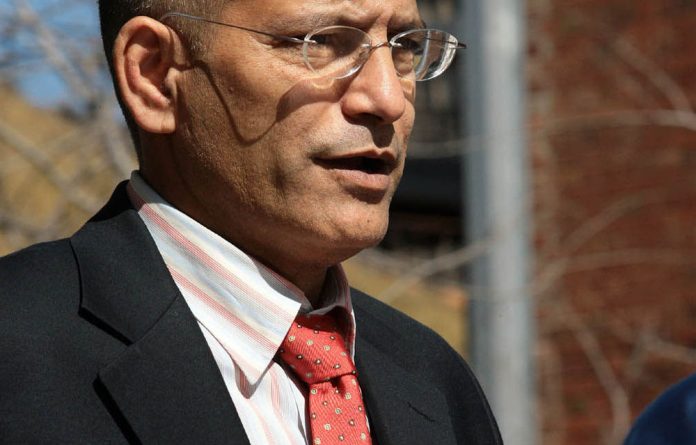 Convicted fraudster Schabir Shaik’s brother Yunis played a central role in the dismissal of two whistle­blowers who exposed their employer’s wasteful expenditure of more than R40-million.

Yunis Shaik, a former senior commissioner of the Commission for Conciliation, Mediation and Arbitration (CCMA), recommended that Mothibedi Mokoena and Nelson Reddy be dismissed from the commission for conduct he found to be “shocking” and “disgraceful”.

Mokoena and Reddy were suspended in October last year after they had submitted their allegations of irregular and unauthorised spending by senior CCMA managers to the auditor general. When nothing came of their submission in May last year, they resubmitted the same allegations in October and also sent them to the directors general of labour and the national treasury.

The CCMA appointed Shaik to chair a disciplinary inquiry in November into the whistle-blowers’ conduct.

Mokoena and Reddy’s allegations of irregular and wasteful spending came shortly after the CCMA received a financial boost of R32million from the treasury.

The commission told the treasury it needed the extra funding because its case load had increased following the global economic collapse. It had only R2,4-million left in its bank account and could not pay its bills without extra funding.

But Mokoena and Reddy alleged that the CCMA:

In a scathing judgment, Shaik dismissed the whistle-blowers’ allegations as “useless information”. He also dismissed the public-interest basis of the employees’ complaint, saying that “the public was done a disservice”.

“The complaint did not add, in substance, any new information not previously disclosed and considered by the auditor general,” said Shaik.

A senior official at the CCMA told the Mail & Guardian that Shaik was roped in to make sure that the allegations would “disappear”.

“Yunis was brought in as a neutral person to decide whether the disclosure was protected, but we all know that the CCMA doesn’t have jurisdiction to do that,” the official said.

“And how is he a neutral party in this when he was once employed here? He was only used to deliver the mandate of making these very serious allegations disappear,” said the senior official.

Shaik referred the M&G‘s questions to the CCMA. Nerine Kahn, the commission’s director, told the M&G there was nothing either illegal or sinister in its appointment of Shaik to chair the disciplinary enquiry.

“There are recognised legal and other processes to enquire into the conduct of chairpersons in any internal disciplinary hearings,” Kahn said. “It would therefore be improper for any person to seek to impugn the integrity of the chairperson outside of such further challenges by raising questions related to so-called ­conflicts of interest that do not actually exist.”

Information obtained by the M&G shows that the CCMA awarded a ­Limpopo-based company a R20-million contract to supply office equipment, but suggests that the company had submitted false information in its tender applications.

Thabiso New Technologies (TNT) claimed to have a 50% BEE status, but a Cipro search revealed just a single white director. It also told the CCMA it operated from Alberton instead of Limpopo.

The company is currently being deregistered and none of its contact details are functional.

The contract has since been taken over by infrastructure-financing company Inca, which uses TNT’s banking details when it invoices the CCMA. An Inca official who identified herself as Lebogang Malemela confirmed that the company has a contract with the CMMA, but she refused to answer questions about banking details.

Kahn said the CMMA would not have been in a position to know, at the time of receiving TNT’s tender application, that the company had submitted false information. She denied that Inca and TNT used the same banking details.

Mokoena and Reddy also alleged that the CCMA pays for weekly accommodation, car hire and flights for four directors who live in Cape Town and Durban.

As of May last year this had cost the CCMA R1.5million, the whistleblowers estimated.

These arrangements are “legitimately managed in terms of [the CCMA’s] current policies that regulate such matters”, Kahn said.

The CCMA has denied that it used R3million meant for staff bonuses to settle its Sars debt, but the M&G has learned that the auditor general is investigating this allegation, among others.

The CCMA was expected to negotiate a settlement agreement with Mokoena and Reddy this week, in terms of which they would each receive six months’ salary and drop their appeal against Shaik’s recommendation they be dismissed.