TV channel gets R50m from Gauteng 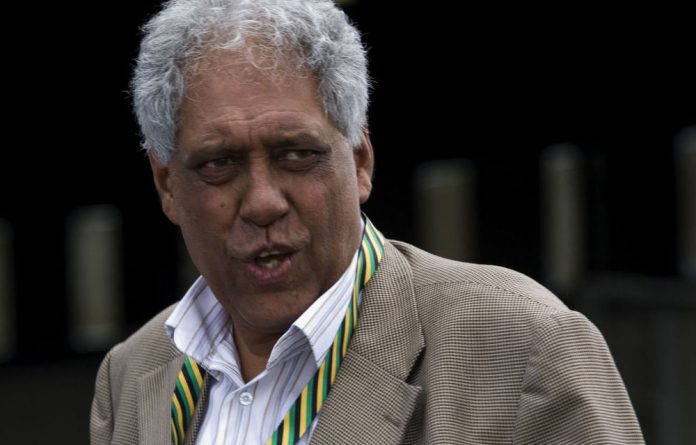 Questions have emerged about the role of Paul Mashatile, the controversial former Gauteng economic development minister, in payments of R50-million made by the Gauteng Film Commission to an American news channel, reports Lisa Steyn

Former president Thabo Mbeki was a guest at the launch of Consumer News and Business Channel Africa (CNBC) in June 2007. And this week it emerged that the Gauteng government has since paid the American network R50-million, in equal amounts of $3-million (R25-million) over the past two years.

The Daily Maverick news website reported on Wednesday that close Mbeki ally Essop Pahad — at the time minister in the presidency — had a “relationship” with CNBC Africa co-founder Rakesh Wahi.

The Daily Maverick also reported that the payments were authorised by Paul Mashatile, the controversial former Gauteng economic development minister who is now national deputy minister of arts and culture.

The annual R25-million was paid by the Gauteng Film Commission (GFC), the mandate of which is to promote the province’s movie and TV industries.

While Mashatile was employed by the Gauteng government, he “allocated funds to the commission on the basis that around half those funds be forwarded to CNBC Africa”, the Daily Maverick reported.

And R25-million is about one-third of CNBC Africa’s annual revenue to date.

“I think that the biggest issue we’ve faced on the African continent for some time has been the problem of perception, a failure to see the good things that are happening on the continent,” Mbeki said on the night of the channel’s launch.

“People’s understanding of the continent gets overwhelmed by what the media tells them. I hope CNBC doesn’t do that — media practitioners tell me that bad news sells,” Mbeki continued.

Vernon Matzopoulos, managing director of Summit TV, which competes with CNBC Africa, told the Mail & Guardian he would not like to speculate but “would look for the long arm of Essop Pahad” in these dealings.

Pahad furiously denied any involvement with the deal. “No, categorically no,” he told the M&G. “I have never been involved with any contract which the Gauteng government may or may not have offered to anyone. I did not see that report [in the Daily Maverick]. If the report said I was involved it is certainly inaccurate.”

Matzopoulos said: “Our fundamental objection is that the $3-million contributed to about a half, or at least a third, of CNBC Africa’s turnover. What is local government doing subsidising CNBC Africa — and using our money to do so?”

On Wednesday Matzopoulos called for a full investigation into the payments.

“When the agreement came to light the board and management of the GFC initiated processes to deal with the contract,” Tselane said.

On the deal itself, Tselane said the GFC acted on behalf of the Gauteng provincial government in guaranteeing advertising costing R22,5-million a year for five years.

In return “CNBC Africa would invest in excess of R170-million in the province” and provide “preferential and regular programming and content slots to the Gauteng provincial government”.

“The agreement made provision for Gauteng-focused content being produced and aired in line with CNBC Africa’s normal editorial policy,” Tselane said.

Cachalia’s spokesperson, Mandla Radebe, told the M&G that the department had not signed anything related to the agreement. The GFC, which did sign the contract, is an agent of the department and is an entirely independent entity with its own board, Radebe said.

Gary Alfonso, chief executive of CNBC Africa, told the M&G that “the company’s official position for now is that we prefer not to comment at this stage”.

Asked whether CNBC Africa’s independence was compromised by the contract, Alfonso said: “CNBC Africa has a strict clause in all commercial contracts that the editorial control rests with the channel and the integrity of the channel remains and will always be unquestionable and uncompromising.”

CNBC New York had not replied to the M&G‘s questions at the time of going to press.

Mashatile’s spokeperson, Percy Mthimkhulu, told the M&G that “the deputy minister is no longer in Gauteng and has no responsibility to comment on those things [the deal with CNBC Africa]”.

Comment the M&G had already obtained from the GFC and the Gauteng government “should suffice”, Mthimkhulu said.