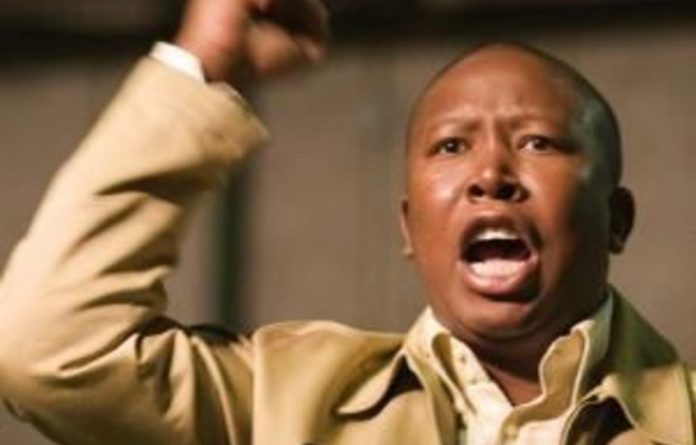 The ANC intends reversing the banning of its youth league leader Julius Malema from singing “dubul’ ibhunu” [shoot the boer], it said on Friday.

“The ANC is approaching our courts, including the Constitutional Court … to challenge the high court’s ruling,” said spokesperson Jackson Mthembu in a statement.

The ANC expressed its disappointment at Judge Eberhard Bertelsmann’s “lack of consideration” regarding the historical context of the song.

Bertelsmann referred the matter to the Equality Court.

Bertelsmann said the fact that some people were threatened by the song could not be contested. Mediation was needed in the Equality Court to alleviate the division in the national discourse, he said.

“We will now concentrate our efforts in challenging the application at the Equality Court,” said Mthembu.

‘Dangerous disregard’
Meanwhile, the Independent Democrats said on March 31 that the ANC was showing a “dangerous disregard” for the courts by criticising a high-court ruling on Ayesaba Amagwala.

“Our nation does not need leaders that get involved in these petty squabbles; it needs leaders that rise above them and reach out to all sectors of our society. – Sapa